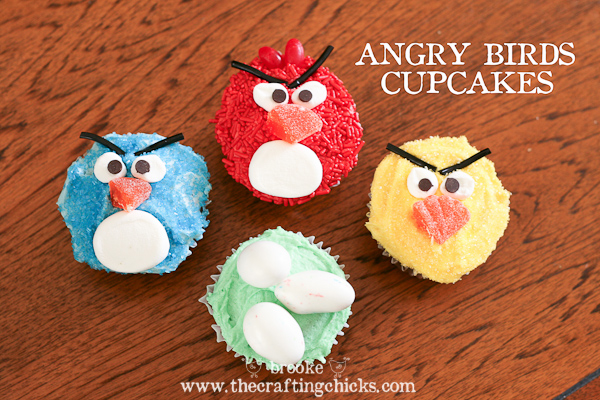 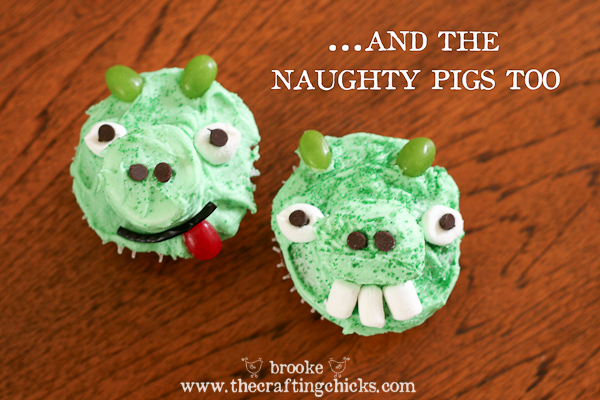 My oldest son turned eight just last week. Gasp. How can it be?

So for his birthday party I decided it would be fun to make him some Angry Birds cupcakes because he loves that game (it’s an iPhone app game that is fun and frustrating and can be very addicting!). I should really add a disclaimer because I am not, I repeat NOT a professional cake decorator. Just a mom trying to make her kid happy. 🙂 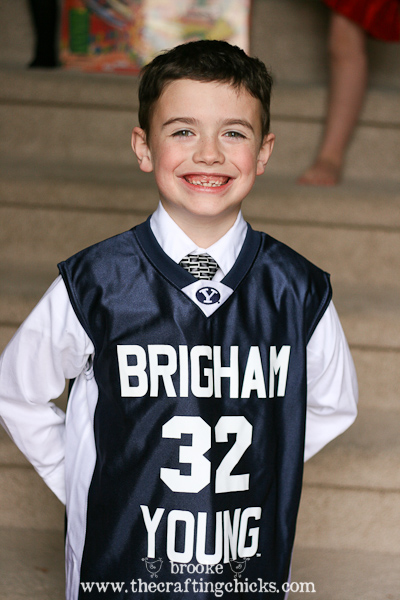 Here is the birthday boy himself with his Jimmer jersey (we are BYU alumni and Jimmer fans at our house!) and while I was doubting my cupcake decorating skillz he came into the kitchen and totally loved the cupcakes. So I was thrilled. I’ll share my little tips on how I made these silly birds.

Here are the supplies I used to create the Angry Birds cupcakes. I got most of them at a regular grocery store with my kids helping me strategize. It was a lot of fun coming up with all of the parts and getting creative in the candy aisle! 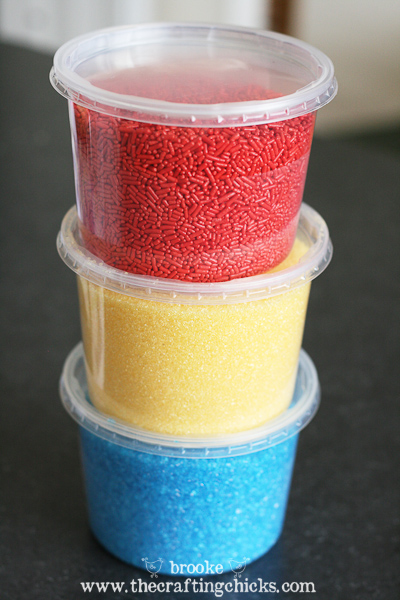 ** Sprinkles and sugars–I bought the large containers at Orson Gygi because they had the large variety of colors that I wanted. 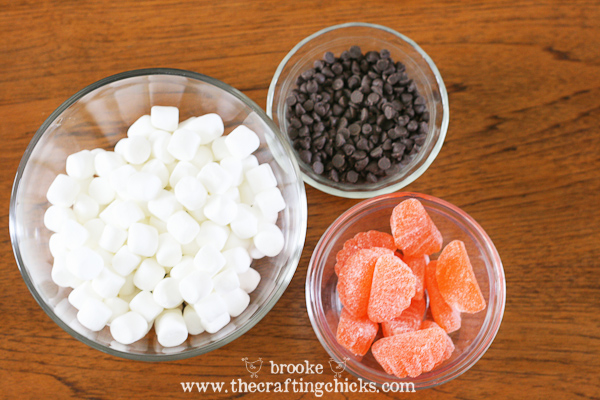 ** Large marshmallows (not shown): cut in slices to make white bellies on the red and blue birdies as well as the pig snouts 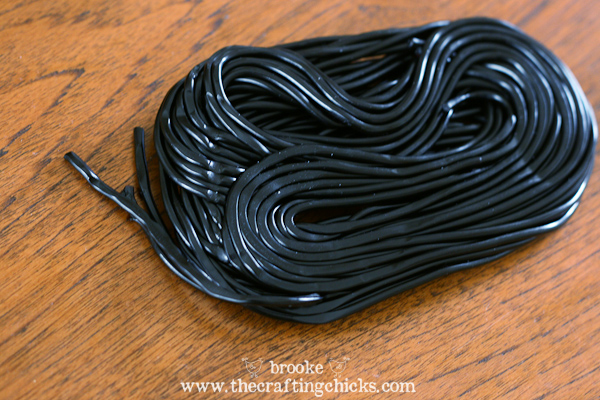 ** Black licorice ropes: angry eyebrows (I cut them into about 3/4 inch long pieces with my scissors) 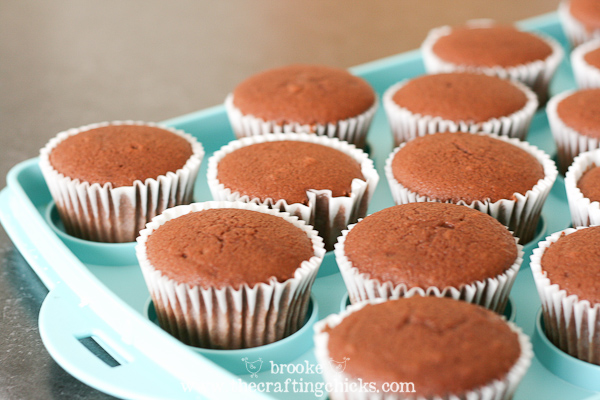 ** Cupcakes in whatever flavor you like. My son chose chocolate. 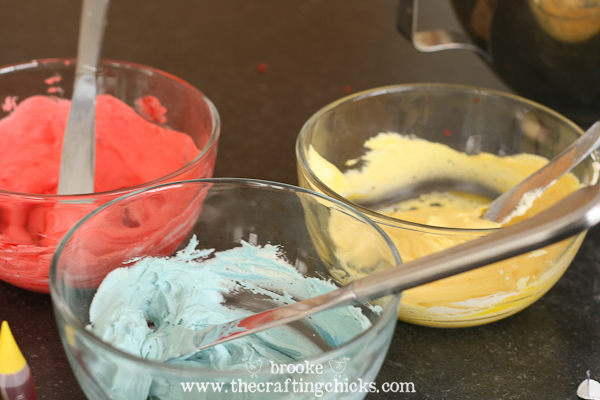 ** Frosting in red, blue, yellow and green—to make the red a deeper color I used a gel food coloring. You can use store-bought frosting and tint it the different colors or make your own, whatever floats your boat.

Okay, here is how I “built” the birds. 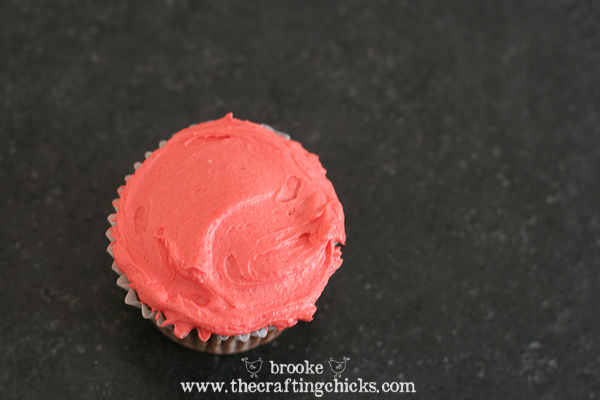 Frost the cupcake with the base color. 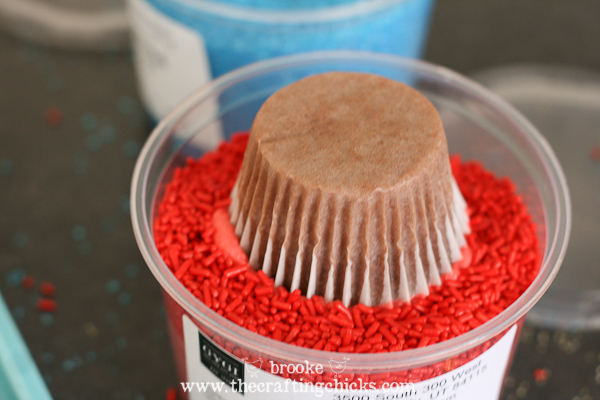 Add sprinkles or sanding sugar. It was easiest and less messy for me to just dunk the whole cupcake into the container. 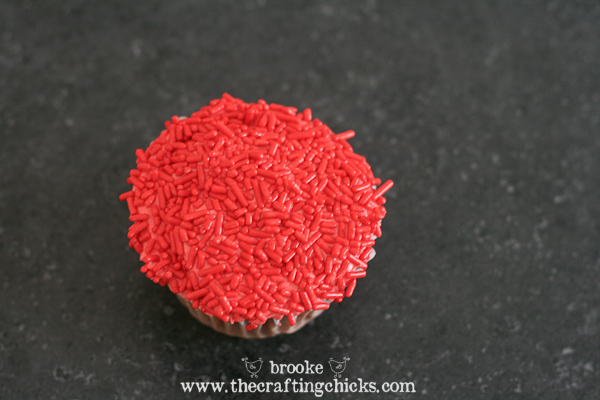 Voila. It sort of looks like feathers?? I liked the texture that sprinkles or sugars added. 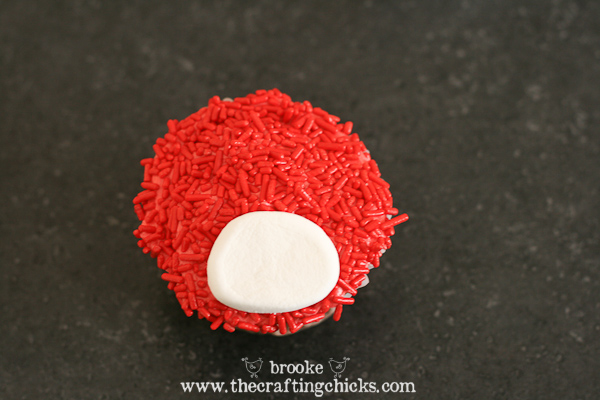 Add the belly. I sliced a large marshmallow into thirds and kind of flattened it to make the belly. 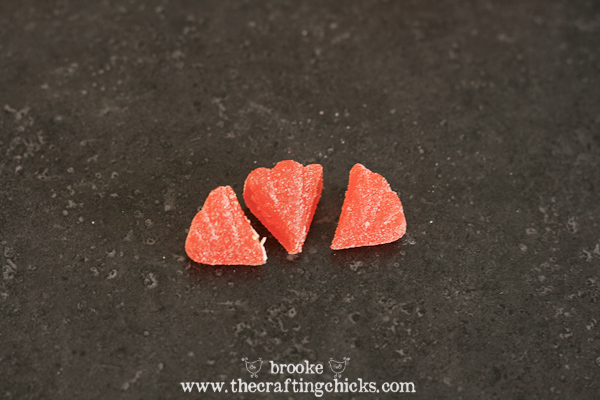 I cut the orange slices into thirds to make the beaks. 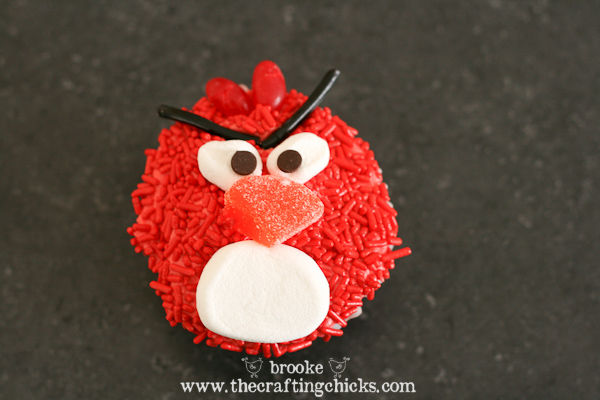 I smooshed the mini chocolate chips into the mini marshmallows and stuck them into the frosting. I also added the black licorice ropes in an angry position on the face, and then added 2 jelly beans for the top feathers on its head. He looks pretty angry to me. 🙂 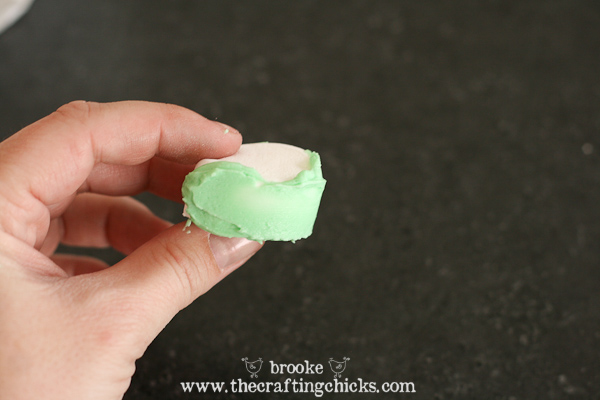 For the pig snouts I cut a large marshmallow in half and frosted it all over with green frosting. 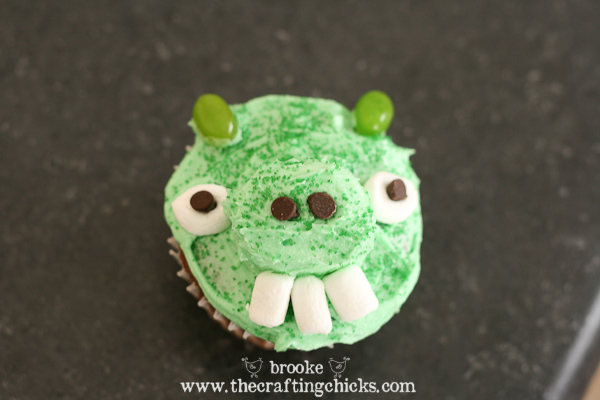 I put mini chocolate chips in the snout for the nostrils, the eyeballs were mini chocolate chips smooshed on top of the mini marshmallows (the same as with the birds), and for the teeth I snipped a mini marshmallow into smaller pieces. The ears are just green jelly beans. I also added a little bit of green sprinkles. These guys just crack me up!!!! I wish they came with the funny sounds effects like the game. 🙂

I basically did the same thing for each bird or pig. Here they are! 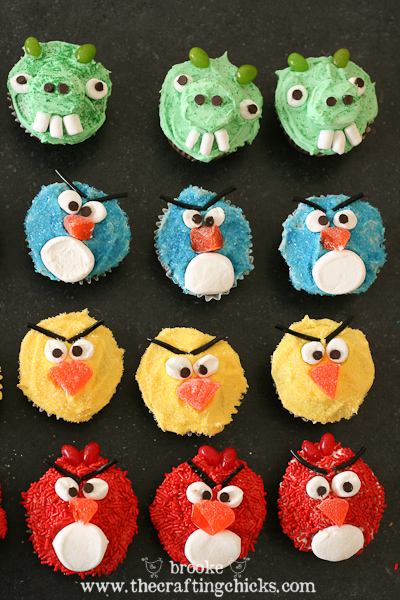 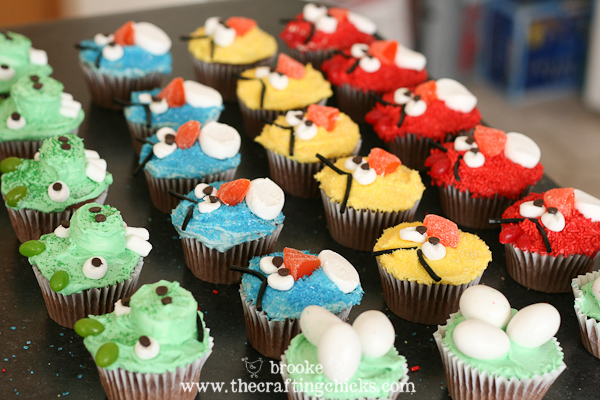 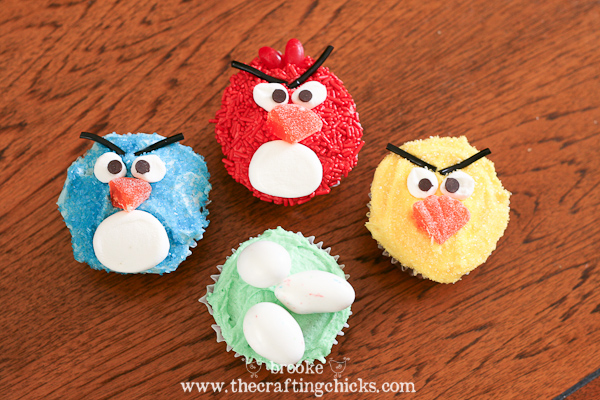 Oh, for the birds’ eggs I just used some malted milk candy eggs from the Easter candy section. 🙂 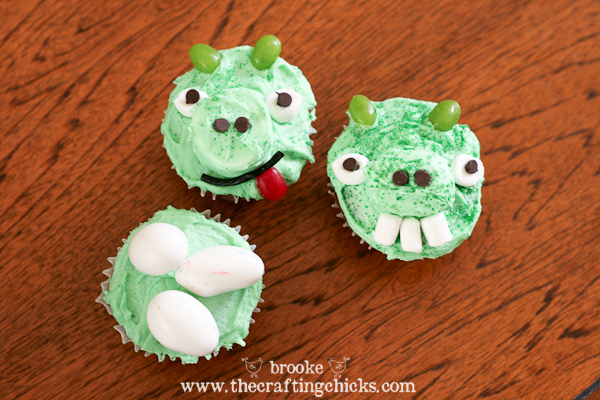 No wonder those birds are so angry. Those dang pigs keep stealing their eggs! I’d be grumpy too! 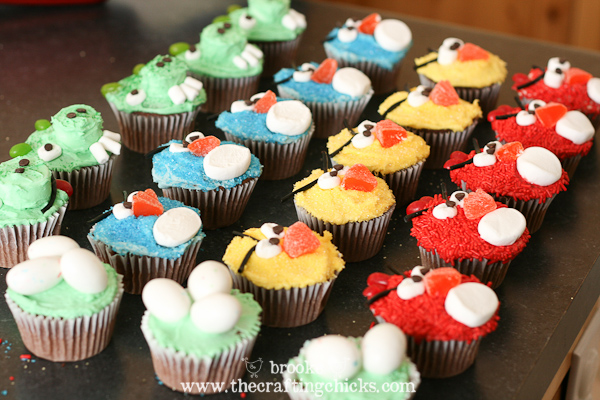 We are a participant in the Amazon Services LLC Associates Program, an affiliate advertising program designed to provide a means for us to earn fees by linking to Amazon.com and affiliated sites.
101 shares