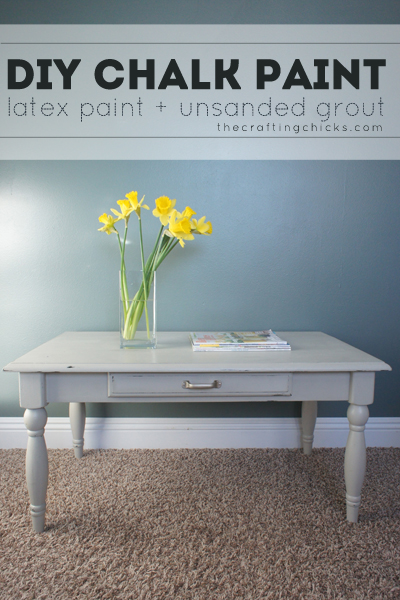 For months I’ve been fascinated with chalk paint. You’ve probably heard of brands like Annie Sloan and CeCe Caldwell, right? The thought of not having to sand or prime before painting instantly had me sold! But the price…ouch! I really wanted to try it on our crib, but decided to start with something a little smaller before I committed to a very spindly crib (because the last thing I want to do is sand off a paint job that I tried just so I wouldn’t have to sand!) 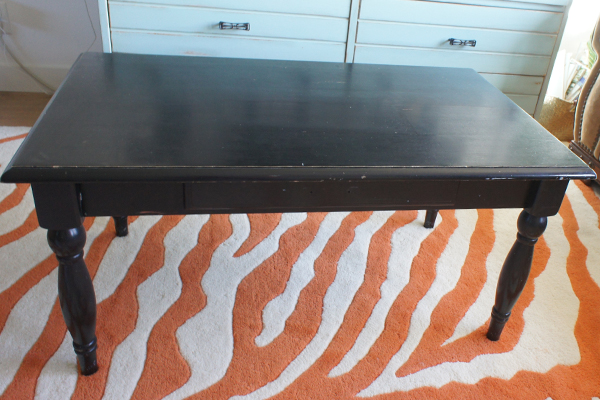 Our old coffee table became my trial subject. It was looking a little worse for the wear and the stark black wasn’t working in our front room. Here it is on it’s way out the door, with the hardware removed. 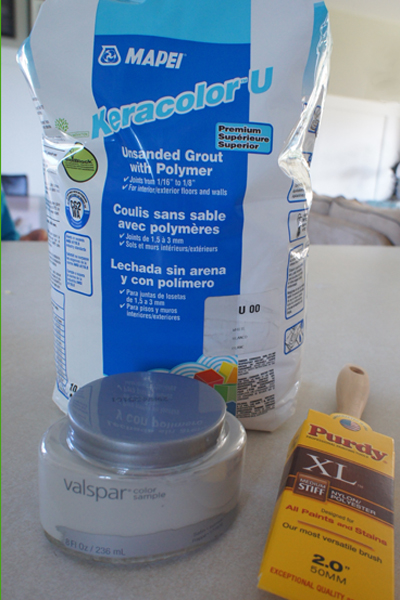 Now, there are a few ways I read to do this, but decided to use the unsanded grout method. I stopped by Lowe’s and picked up the grout (white) and a premixed container of their sample paints. I mixed 2 tablespoons of grout with a little water and stirred until it was smooth, then added 1 cup of paint (the whole sample). It was thicker than latex paint. And since I’ve never used the real deal I wasn’t sure if it was the right consistency, but it seemed to work well. 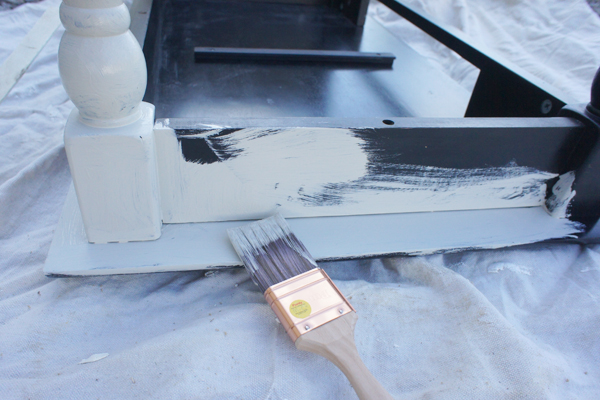 Using my lovely Purdy brush (not all paintbrushes are created equal), I quickly painted the table. The paint dried fast and by the time I was finished with coat #1, I started right behind it with coat #2. It took probably 30 minutes to paint the 2 coats on the entire table. And I ended up only using 1/2 of the paint I had mixed up. 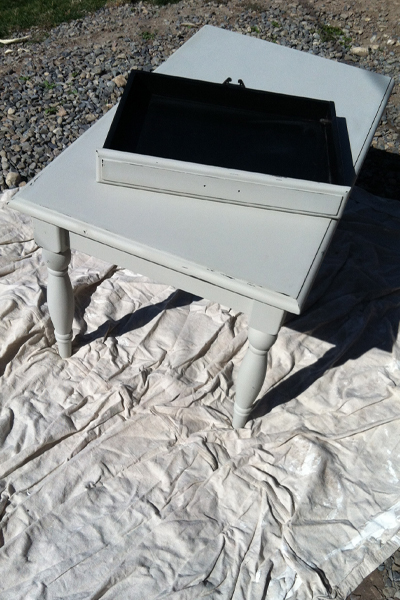 Now this is the cool part! After the paint was dry I took a wet rag and simply rubbed where I wanted it to be distressed. Since the table was black to begin with, black showed through when rubbed. It did take a few times of rubbing back and forth before the paint came off. But I liked it so much more than using sandpaper. 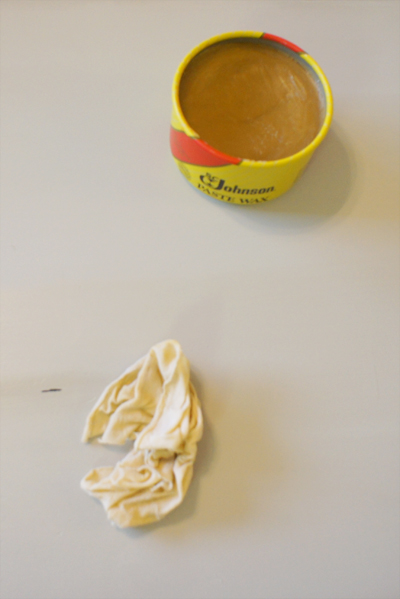 The paint felt a little gritty (from the grout), but I had read that chalk paints use wax to seal it off. So I picked up a tub of furniture wax at the local hardware store and waxed on and waxed off. Once the table was waxed it felt much smoother and has done a great job protecting the table. I’ve never waxed furniture before, and honestly it was more work that I first thought it would be. But I guess it’s the trade-off for not having to sand or prime.

It’s been 5 months since I painted the table and it has held up really well to the abuse we’ve thrown at it.

EDIT: To answer the pillow question: the 2 on the left are from TJ Maxx and the two on the right are covered in Riley Blake Serenata line.

Have you tried chalk paint? Tried making your own?

We are a participant in the Amazon Services LLC Associates Program, an affiliate advertising program designed to provide a means for us to earn fees by linking to Amazon.com and affiliated sites.
28 shares