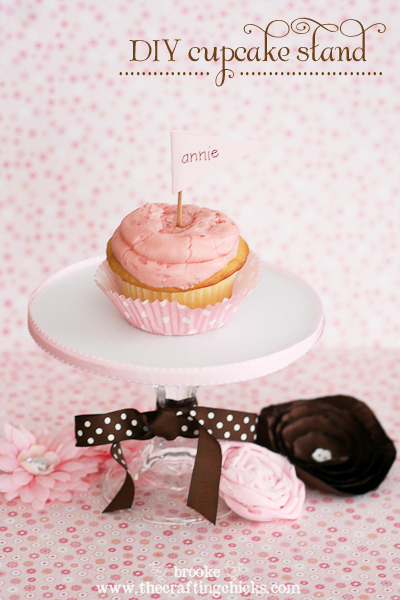 I will admit it–I have a little LOVE thing for cake stands. Make them mini and stick a cupcake on top and that will make me swoon even more! 🙂 I’ve seen several great tutorials around (Tidy Mom has a great round-up of other DIY Cupcake Stand tutorials and Pinterest has some inspiration as well!) but I wanted to come up with my own version of the DIY Cupcake Stand to make for a tea party with my daughter for a dance fundraiser. Here is what I came up with–really easy to create and easy on the budget.

For the supplies I grabbed some small glass candlesticks from the dollar store and some 6 inch plastic cake board circles from the craft store, $2.99 for a 3-pack (and I think they were on sale for less than that) so this is a really inexpensive project. Hooray! 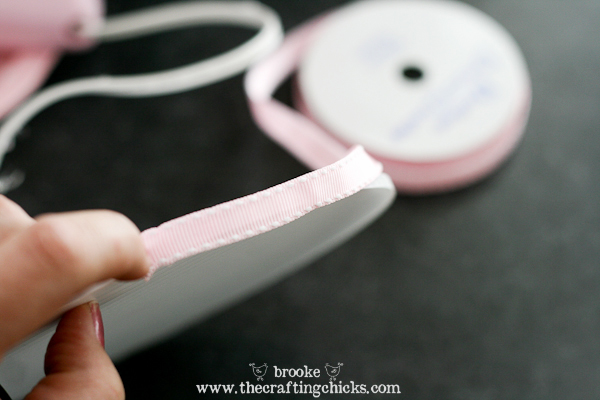 I took some ribbon I had on hand and used a hot glue gun to glue it around the edges of the cake board.

To adhere the glass candlesticks to the cake board I used some E6000 (strong adhesive). 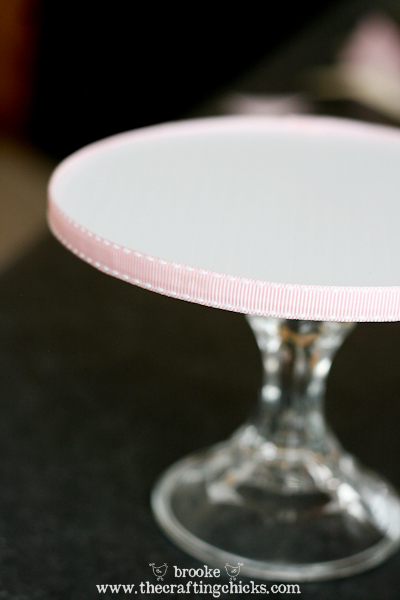 Simple! Easiest thing ever! You could add any kind of trim you want and do any kind of color scheme too–some other ideas I had were to use rick rack, a pom-pom trim, or even a scalloped lace would be pretty for a wedding. Think of the fun possibilities for different holidays too! 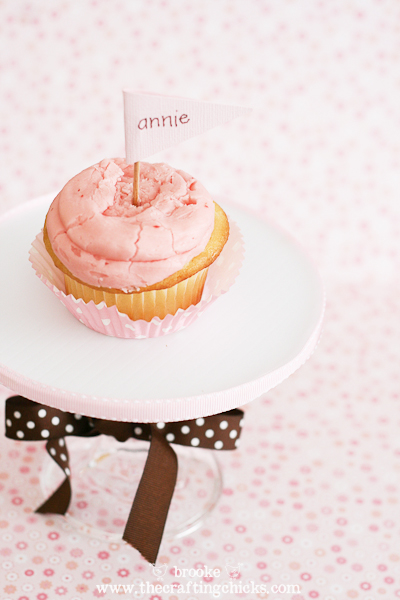 Add a coordinating ribbon around the candlestick and a pretty cupcake and you’re good to go! I also added a little flag (just cut it out of cardstock), wrote my daughter’s name on it and taped it to a toothpick to use as a place setting at the table at the tea party. Oh, and I decided to make it even easier on myself by letting The Sweet Tooth Fairy do the baking work. 🙂 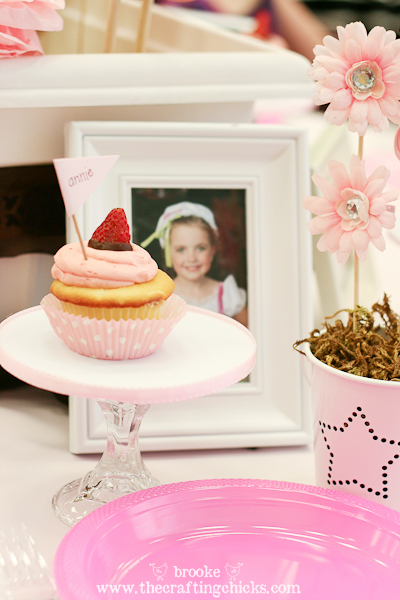 Here it is at the actual event (with the strawberry added to the top and the brown ribbon off). Maybe later I’ll share the other decorations and favors we did for the tea party! It was fun and the cupcake stands were a big hit with my daughter and her friends! They were even more excited when they found out they got to take them home, cupcakes and all. 🙂 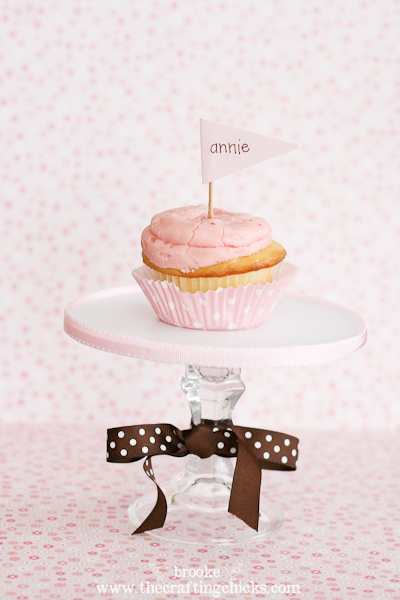 So now you have another DIY Cupcake Stand tutorial to add to your idea files. 🙂 I’d love to see your ideas for cute cupcake stands if you’ve made any too!

PS: The Chicks had an amazing time at EVO Conference this weekend, we’d love to share some photos and links with you soon!!

We are a participant in the Amazon Services LLC Associates Program, an affiliate advertising program designed to provide a means for us to earn fees by linking to Amazon.com and affiliated sites.
2750 shares