Hey, it’s Brooke with another “trash to treasure” project! I love finding things for cheap or free and giving them a makeover! This project was totally inspired by Char from the awesome blog Crap I’ve Made–she thrifted some old shutters and turned them into something AMAZING. Ever since I saw her shutters I wanted to do a project like it for my home. So when I saw a small set of sad old shutters at the D.I. (a thrift store in Utah) I grabbed them right up! 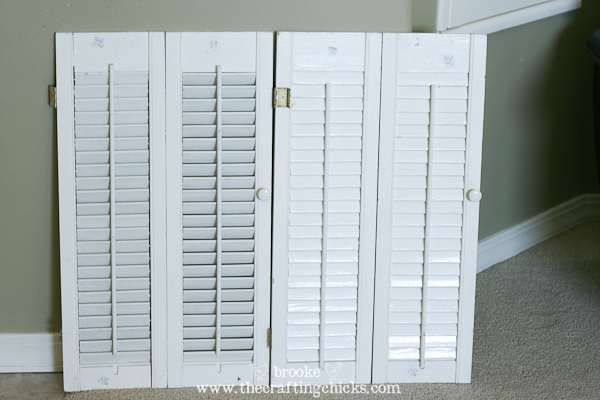 These puppies were fairly nasty but for only $2 each they were a bargain! 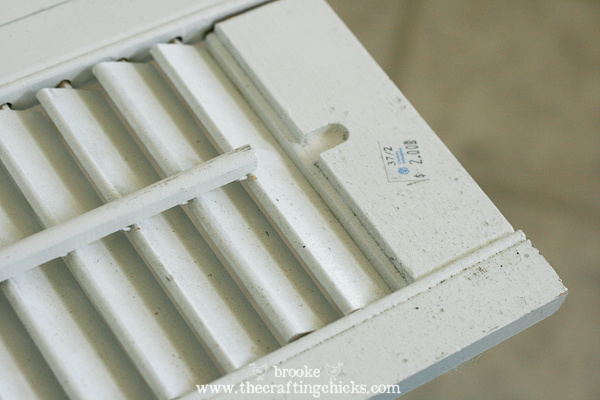 These shutters got a makeover over the weekend and are living a much happier (and prettier and more useful) life hanging out on my daughter’s bedroom wall to feature art and photos and things that she loves! 🙂 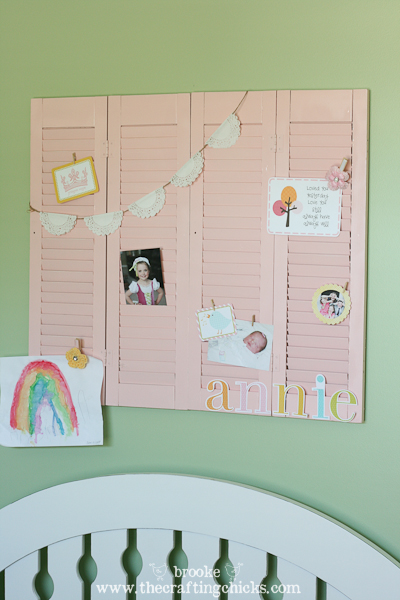 Here’s what I did:

I cleaned up the shutters, removed the old hardware and sanded them down a bit. Then I primed them and spray painted the shutters with Krylon Pink Ballet Slipper spray paint. Once dry, I hung them on the wall just using regular old nails and a hammer. 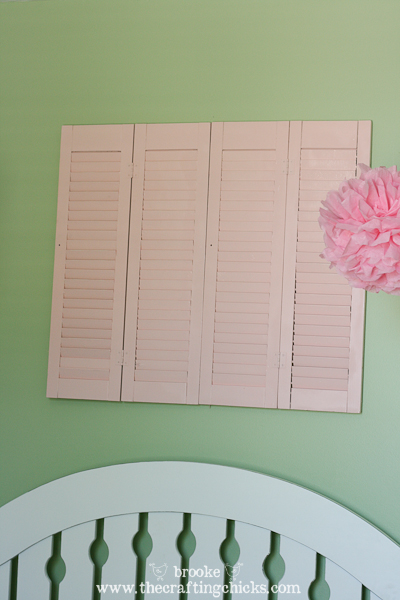 I hung them up backwards (with the little “wand” thingie against the wall) because I wanted to use the shutter slats to hold photos and other little trinkets.

Once the shutters were on the wall I had some fun making a few little decorations for it! 🙂 Like a mini banner made from paper doilies and jute string, stuff I had in my craft closet already! 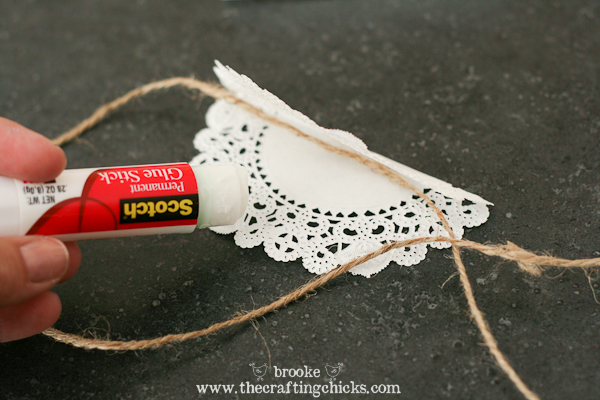 Just fold the doilies in half over the string and use a glue stick to hold it together. 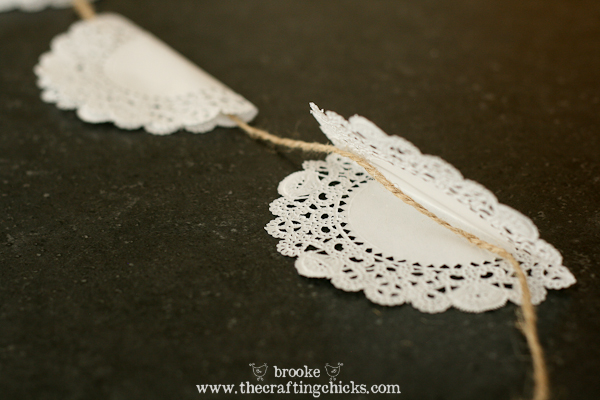 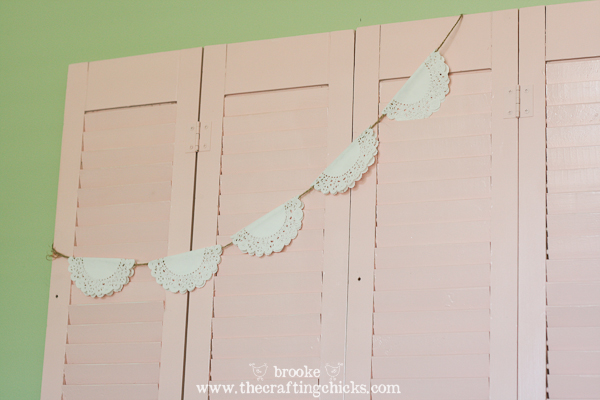 I just can’t get enough of banners of any kind!

I decided to use some clothespins to hang some photos, artwork and quotes on the shutters. I covered them with some ribbon and hot glued some fabric and crochet flowers to the clothespins to spiffy them up. Took about 30 seconds each. 🙂 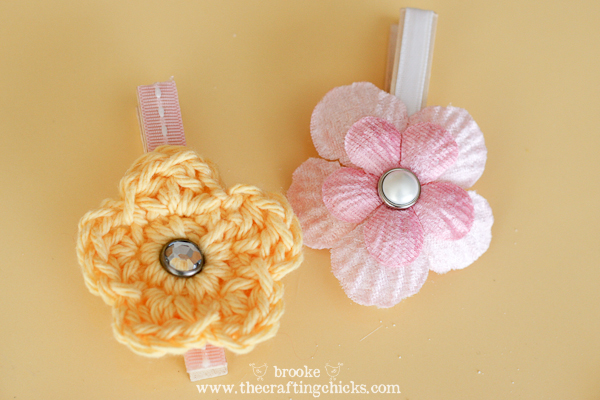 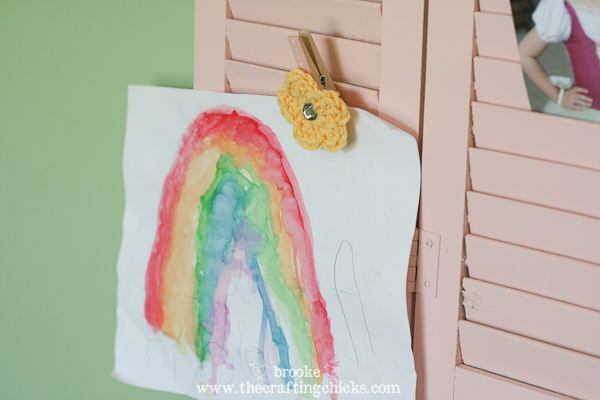 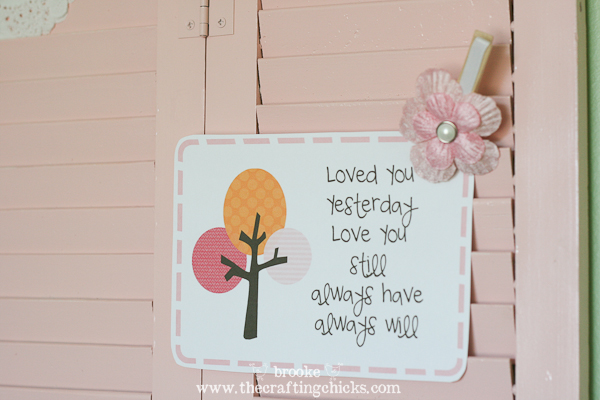 I love this quote I found on Pinterest so I made a small framed quote in Photoshop. I also made a few other little designs and my daughter’s name in Photoshop to hang up (graphics are by Crystal Wilkerson). 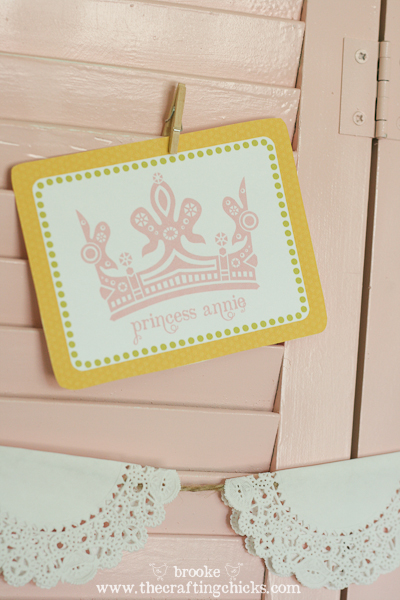 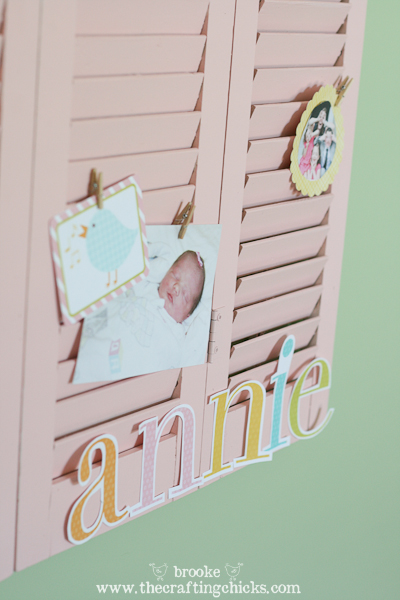 I found that using mini clothespins really worked well too (plus they are just adorable, don’t you think?) to hang photos onto the slats.

I left lots of room for my Annie girl to fill it up with her special treasures! 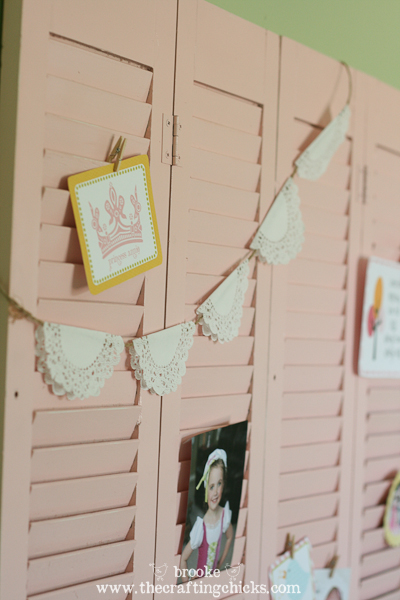 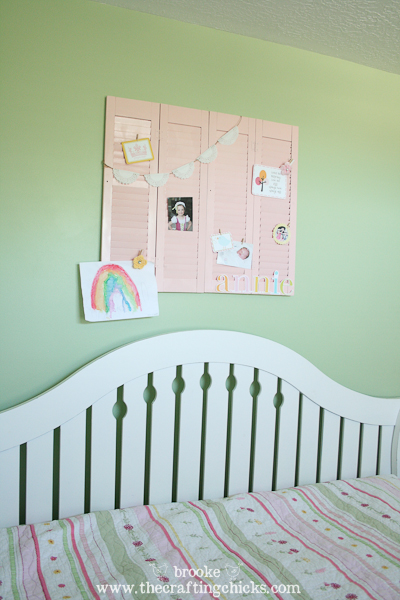 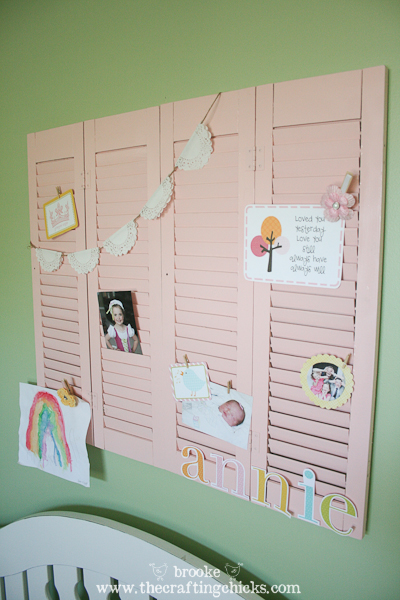 I’m really happy with my repurposed shutters wall display and just love the way they turned out. (And I’m already on the lookout for more shutters!)

Here are some other links for shutter inspiration!

Style with Shutters at A Glimpse Inside

We are a participant in the Amazon Services LLC Associates Program, an affiliate advertising program designed to provide a means for us to earn fees by linking to Amazon.com and affiliated sites.
18100 shares