This year for Porter’s Birthday, he wanted a SPORTS BIRTHDAY PARTY.

It’s pretty easy to do a party for a boy, although I ALWAYS miss all the frills and pretty things that you can craft up.

SPORTS CUPCAKES: These darling cupcakes were made by my darling friend CELESTE. She was a wedding cake business and her cupcakes are ALWAYS delicious. 🙂 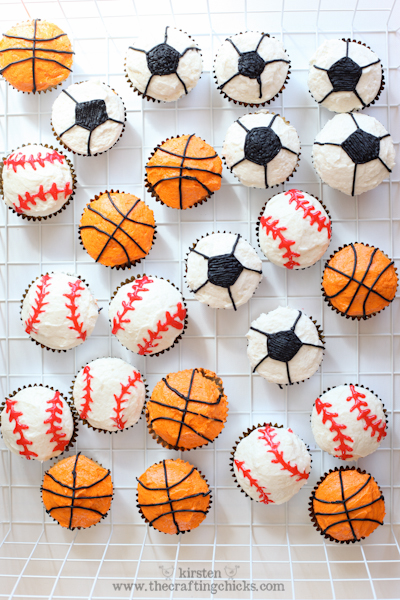 I love the bright colors. 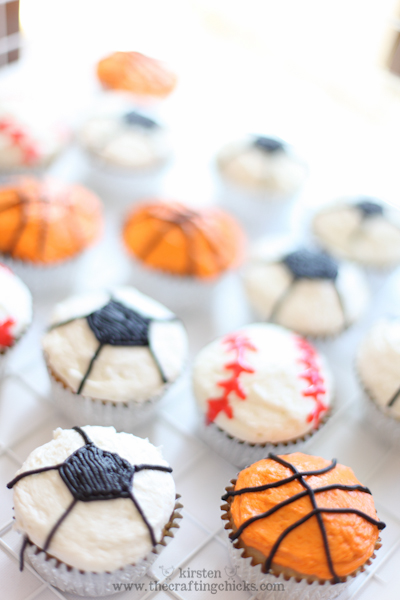 POPCORN:  There’s popcorn at sporting events, enter the popcorn. I bought these blue and red paper sack from Wal-Mart in their party section. They are pretty inexpensive. You could also add a box of Cracker Jacks in there, that would be cute too. 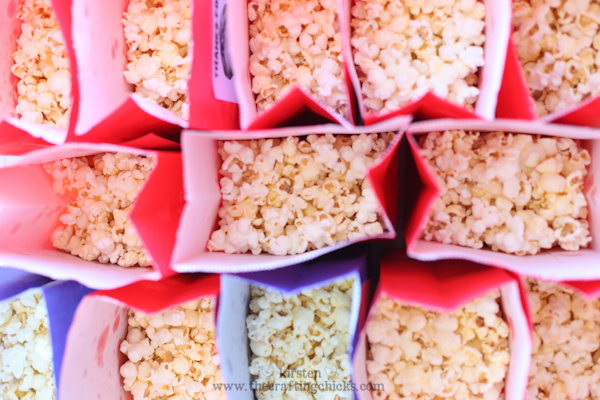 We gave these out towards the end of the party. I just Photoshopped his head and added a couple of words. Boys don’t really care about these details, but I thought it was fun ;). 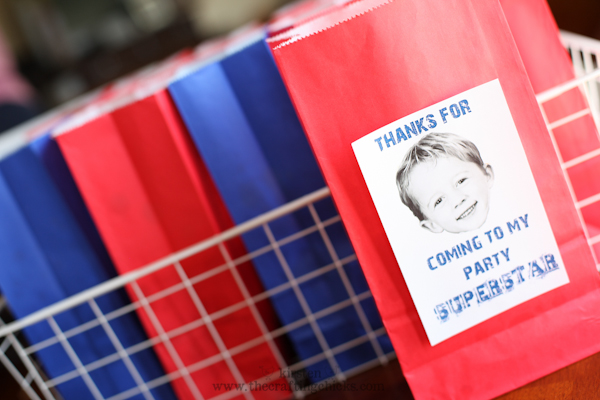 I printed these off at the UPS store for $.25 per/ sheet (4 to a sheet). This is a great alternative to printing at Costco since they don’t really need to be photo quality. 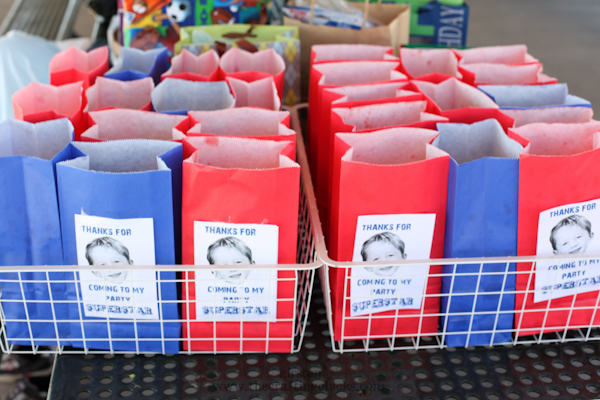 You’ve got to have sports drinks at a sports party. I got these at Smiths for $.39 each. They were on sale recently and I scored. Sometimes with parties it’s fun to look and see which deals you can find and then find a way to work them into your party. We handed these out after the relay races. 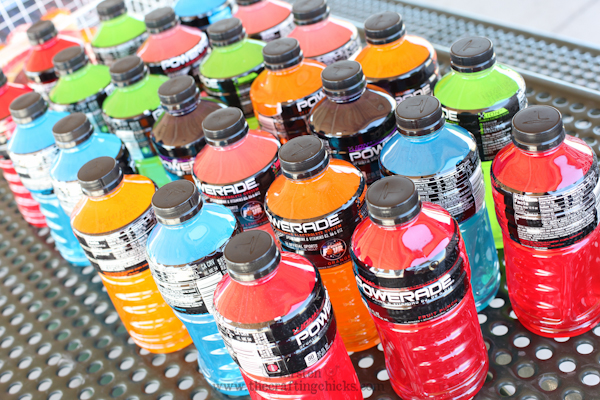 Location of the party:  the local park. We played LIGHTNING. My husband Dave was the “head coach” and all the kids were his players. 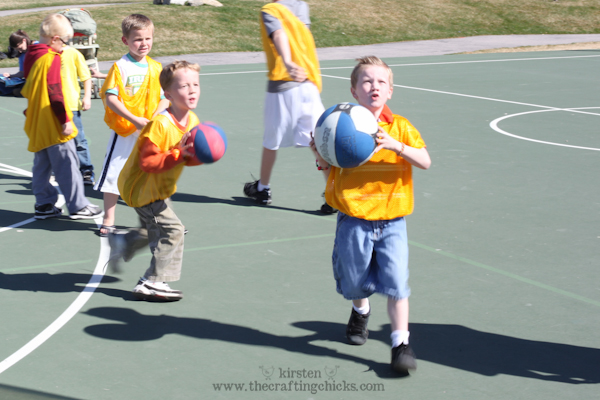 It was funny, the girls that came to the party just sat back and watched the boys, and it begins. 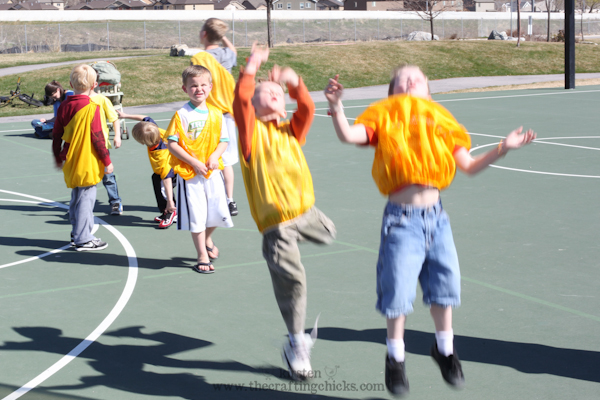 They had a blast just shooting hoops. I tell ya what, boys are entertained as long as they can get their energy out somehow….basketball, running around, playing silly games, whatever. 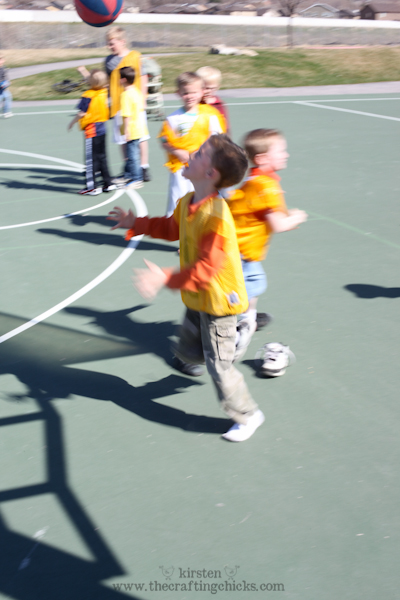 I borrowed those ladders and the team jerseys from our neighbor who is a football coach. We had the boys put these on when they arrived and this was also a way to keep track of them all at the park, since it was a public park. 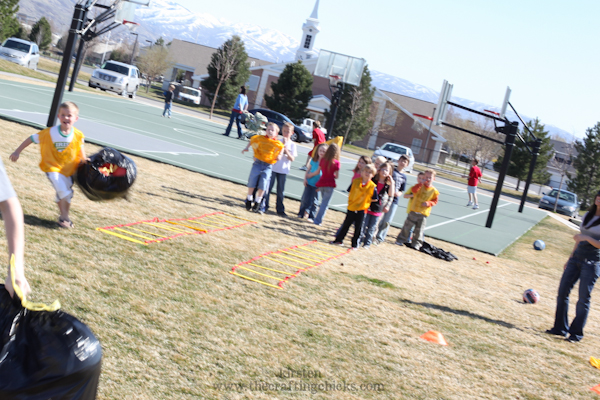 After the basketball stuff, we did an obstacle course where we made each team car a big sack of balloons, this was hilarious. It was too windy to let them all go so we just had each team carry the sack. It was perfect. At the end of the party, we gave each child an award for being awesome. These are super simple…ribbon hot-glued to the award. 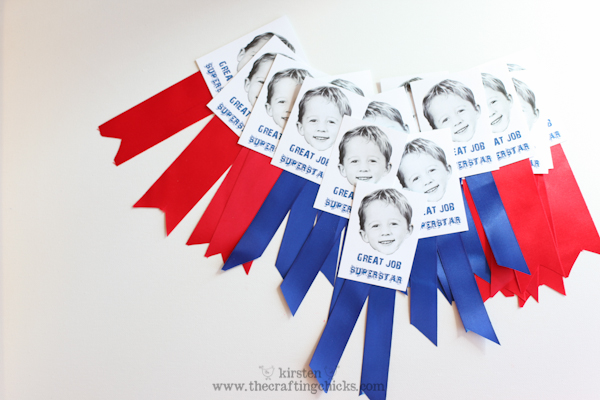 The boys liked these and thought it was funny to see his face on them. He’s gotten so big that kid. 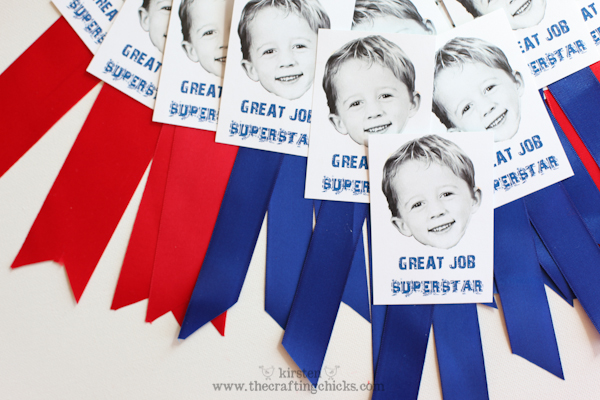 The party was a success and the parents really thought all the extra touches were really fun too.

You are sure to keep the boys happy with a sports party :).

We are a participant in the Amazon Services LLC Associates Program, an affiliate advertising program designed to provide a means for us to earn fees by linking to Amazon.com and affiliated sites.
334 shares