Growing up, we lived out in the country and didn’t have any neighbors within walking distance. So trick-or-treating was a family affair and my parents would drive us around to houses visiting widows, my great aunts, and old family friends in our area. We’d be bundled up with our costumes hidden under our winter coats. Some friends would have specially made goodie bags waiting for us, some would insist the whole family come inside and take off our coats to pose for our annual Halloween Polaroid photo. Obviously, this isn’t the key to filling pillow cases with candy in one night, but my childhood Halloween’s are full of fond memories of our traditional stops with the popcorn balls, the annual pictures and the special people we would visit on that night. 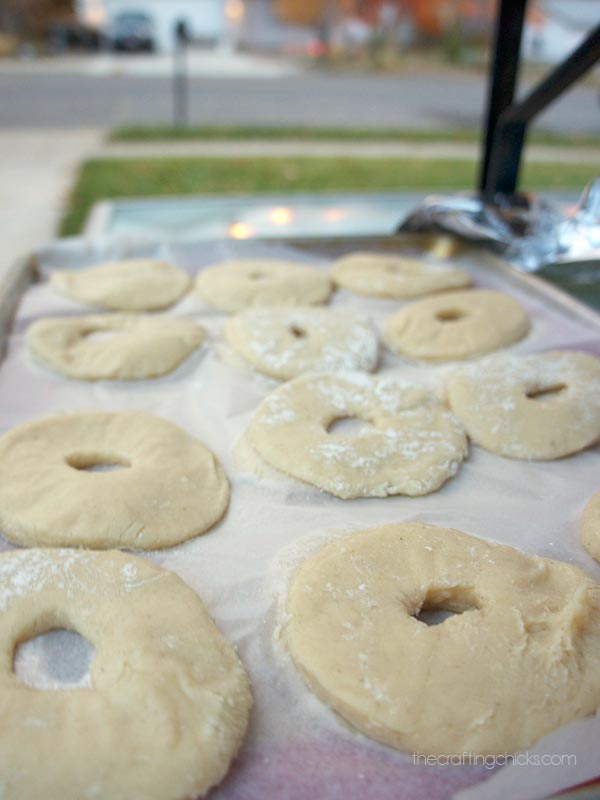 Because of those memories, I wanted to do something a little different so our first Halloween in our home we (I) decided we’d hand out homemade doughnuts. If you want to make yourself known in the neighborhood, cooking doughnuts is a good way to do it! Since then it has grown into a tradition that neighbors look forward to each Halloween. These Halloween Doughnuts are a special treat! 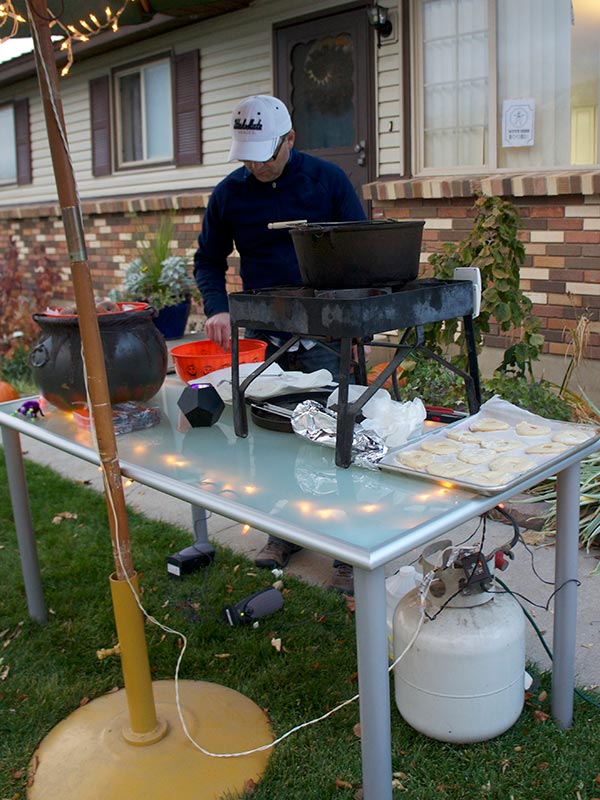 While it is a little more involved than handing out candy, I do all the prep work before hand, and freeze the doughnuts already cut out. (doughnut cutter) So all we do Halloween night is fry them up. Everyone is welcome to one–moms, dads, and grandparents and we go until we run out. Last year we handed out 12 dozen doughnuts in just under 1.5 hours.

Here is the setup for last year’s doughnuts. This glass table is awesome to cook on, since we don’t have to worry about it melting and we use a dutch oven on a cache cooker to fry them in. And the glass table let’s us put the lights under the table to keep our work surface cleared off, and lit up. The speakers playing Halloween music and the cauldron holds our cooked donuts. The patio umbrella protects me (and the hot oil) from the occasional rain drops. 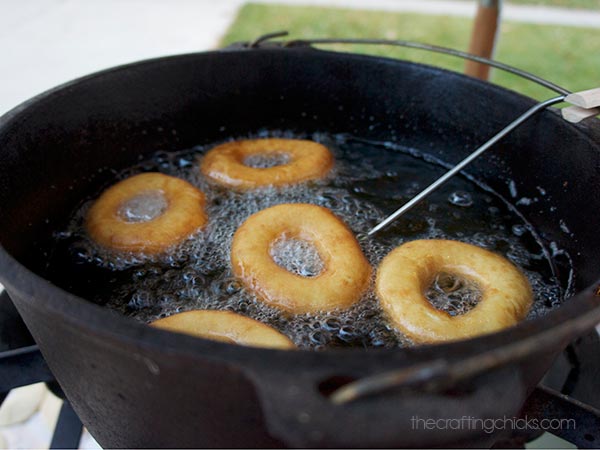 The doughnuts are a cake doughnut that uses mashed potatoes. YAY Idaho! (you know I’m from Idaho, right?). Which is perfect, since we don’t have to let them raise before we cook them. We pull them straight out of the freezer and they puff up in the hot oil. I use a thermometer to keep the oil at the right temperature. The first year I tried using my candy thermometer, but as soon as the sun went down it was impossible to read. This digital meat thermometer is a lot easier to use in the dark. 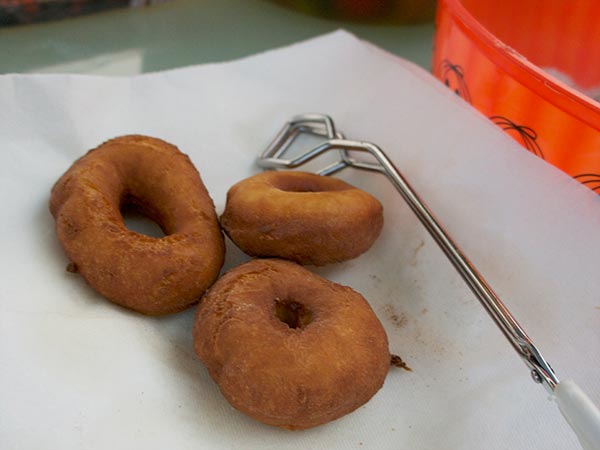 Here they are straight out of the fryer. A paper towels absorb the oil before we douse them them cinnamon sugar. The cinnamon and sugar sticks a lot better if they aren’t super oily. 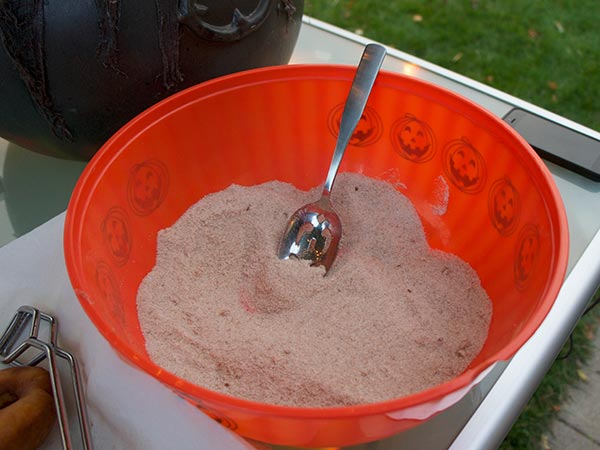 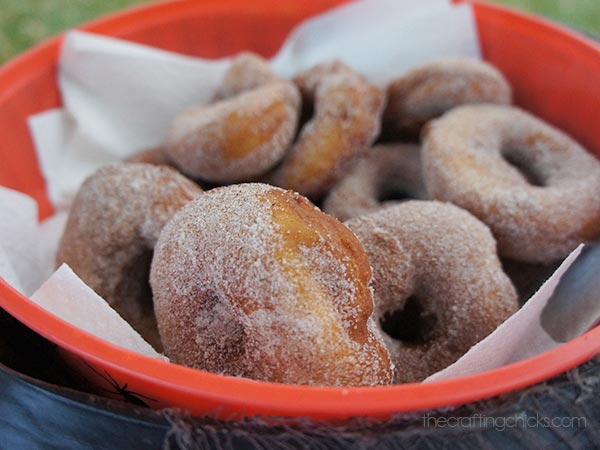 My favorite part might be watching the little kids try to decide what they are supposed to do with their doughnut. It’s a hard decision between eating it right now and dropping it in their bag to save for later. We always recommend they eat it. 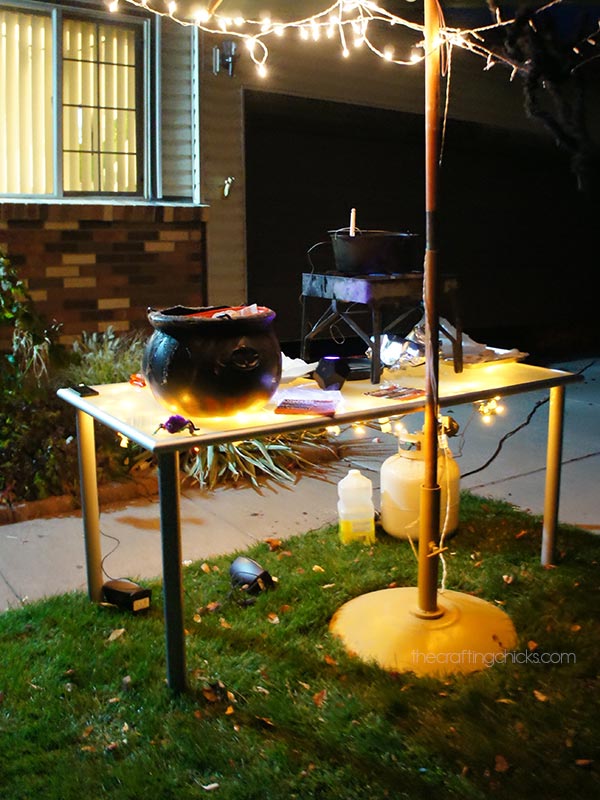 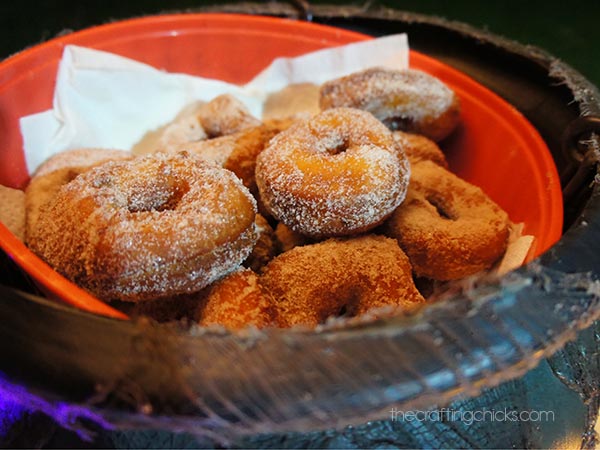 We are a participant in the Amazon Services LLC Associates Program, an affiliate advertising program designed to provide a means for us to earn fees by linking to Amazon.com and affiliated sites.
48 shares