A fall morning should start with this Pumpkin French Toast! Each slice is perfectly coated with pumpkin and fall spices then drizzled with a sweet and warm cinnamon syrup. You’ll want to eat this french toast all year long. 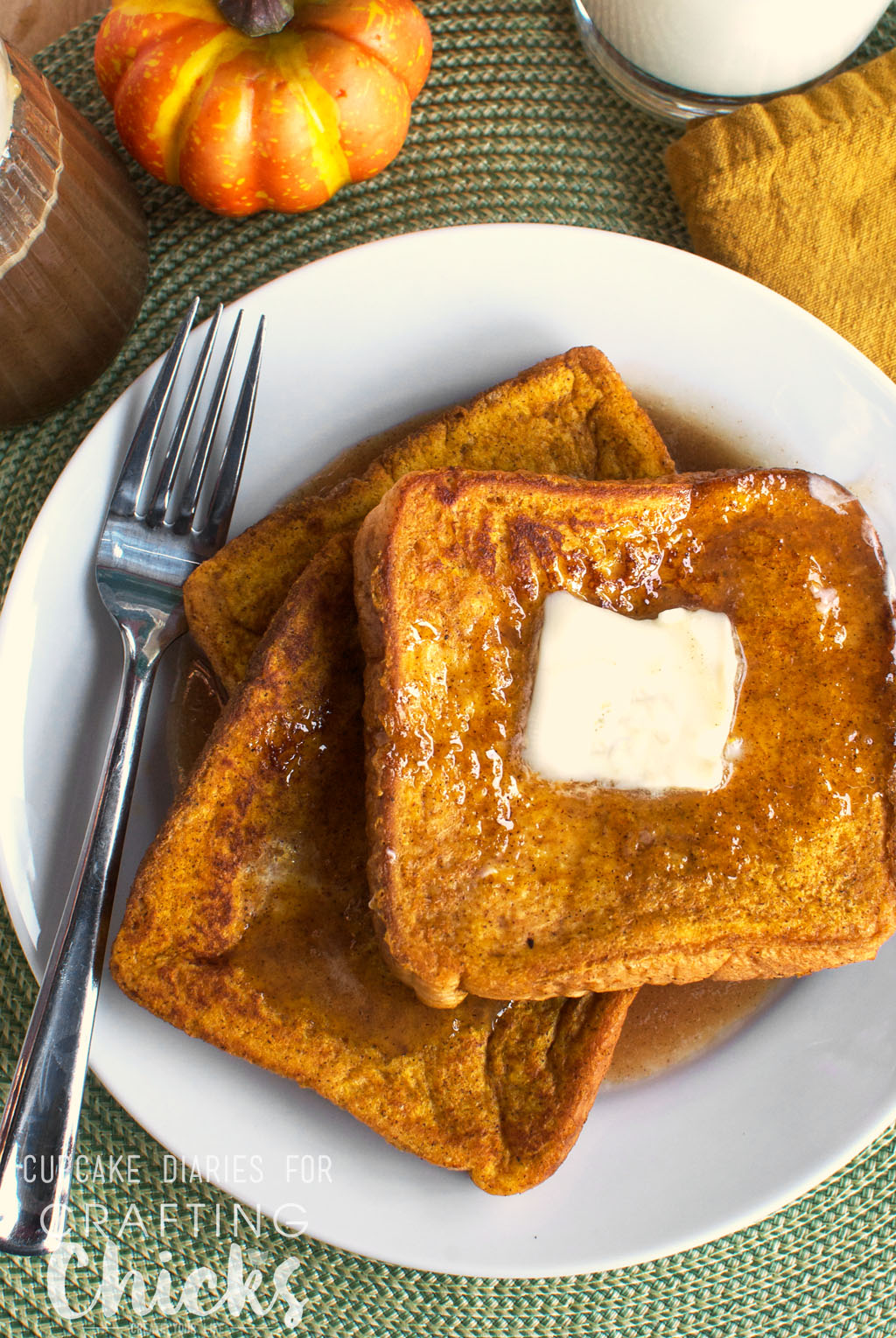 I’m that person who gets their kids off to school in mid-August then pulls the fall decor out of storage the second they step on the bus. That person who, on the night of August 31st, is checking the clock to see how much time is left till midnight when all things turn into pumpkin spice. Fall is my favorite time of year! I can’t wait to light my fall candles and add pumpkin puree to all things. This case was no different when we made Pumpkin French Toast with Cinnamon Syrup. If you could take a bite out of fall, it would taste just like this french toast. Perfectly spiced and sweet with a lovely flavor combined with cinnamon syrup. It’s a beautiful thing! 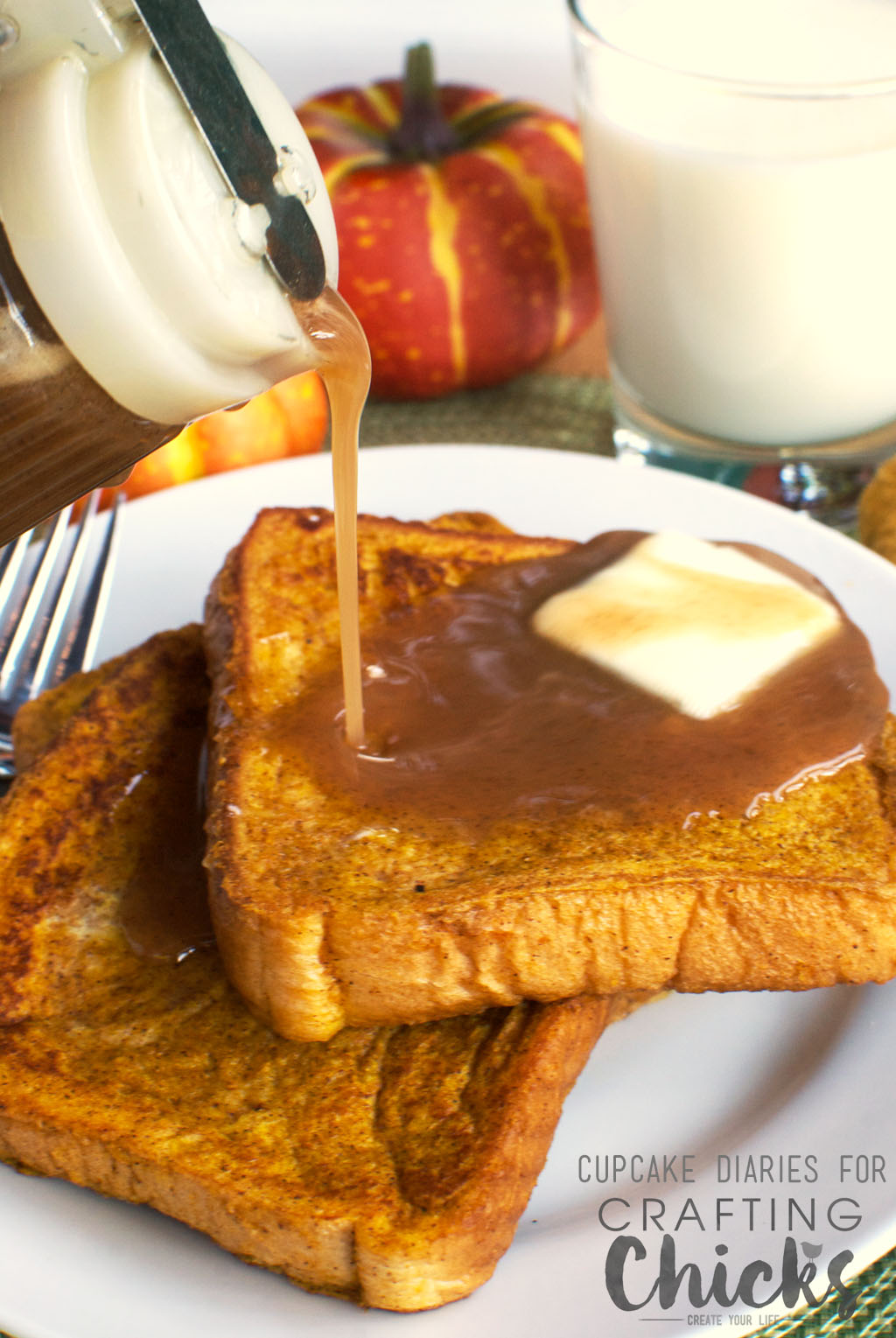 There will be zero judgment if you make the syrup and it doesn’t make it to the french toast. It’s delicious! But you’ll want to save some to drench on this french toast. It is SO good.

Save Print
A fall morning should start with this french toast! Each slice is perfectly coated with pumpkin and fall spices then drizzled with a sweet and warm cinnamon syrup. You'll want to eat this french toast all year long.
Author: The Crafting Chicks
Recipe type: Breakfast
Cuisine: American
Serves: 10 slices
Ingredients
Cinnamon Syrup
Instructions
3.5.3208 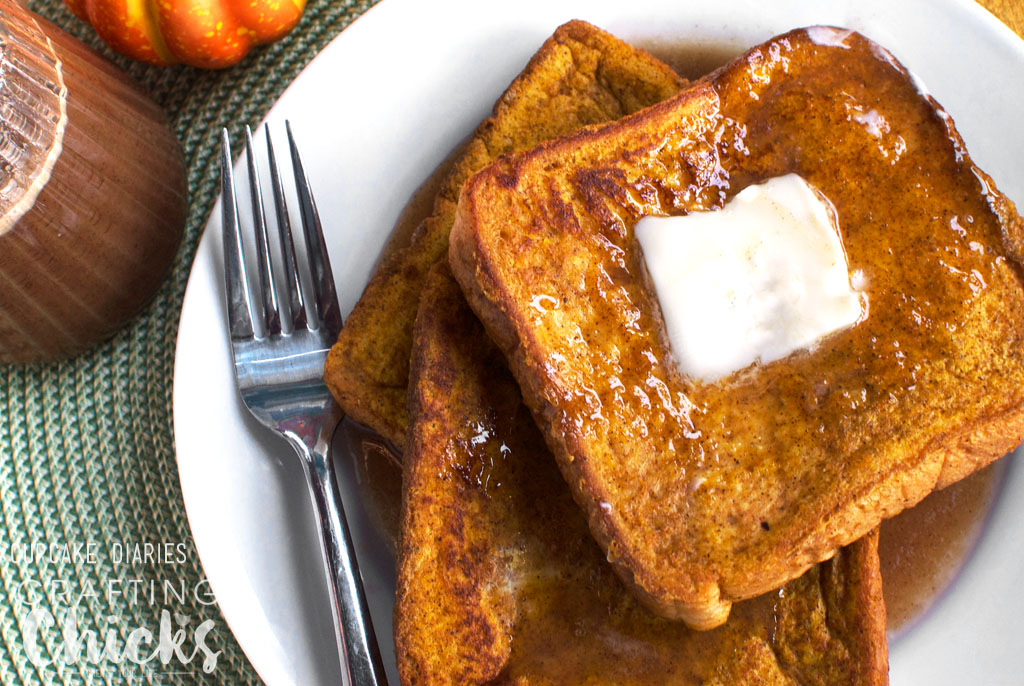 This right here is the perfect fall breakfast! This is a great menu item for Thanksgiving breakfast and pretty much any breakfast any time on any day, let’s be honest. You’re going to want to make this recipe over and over! 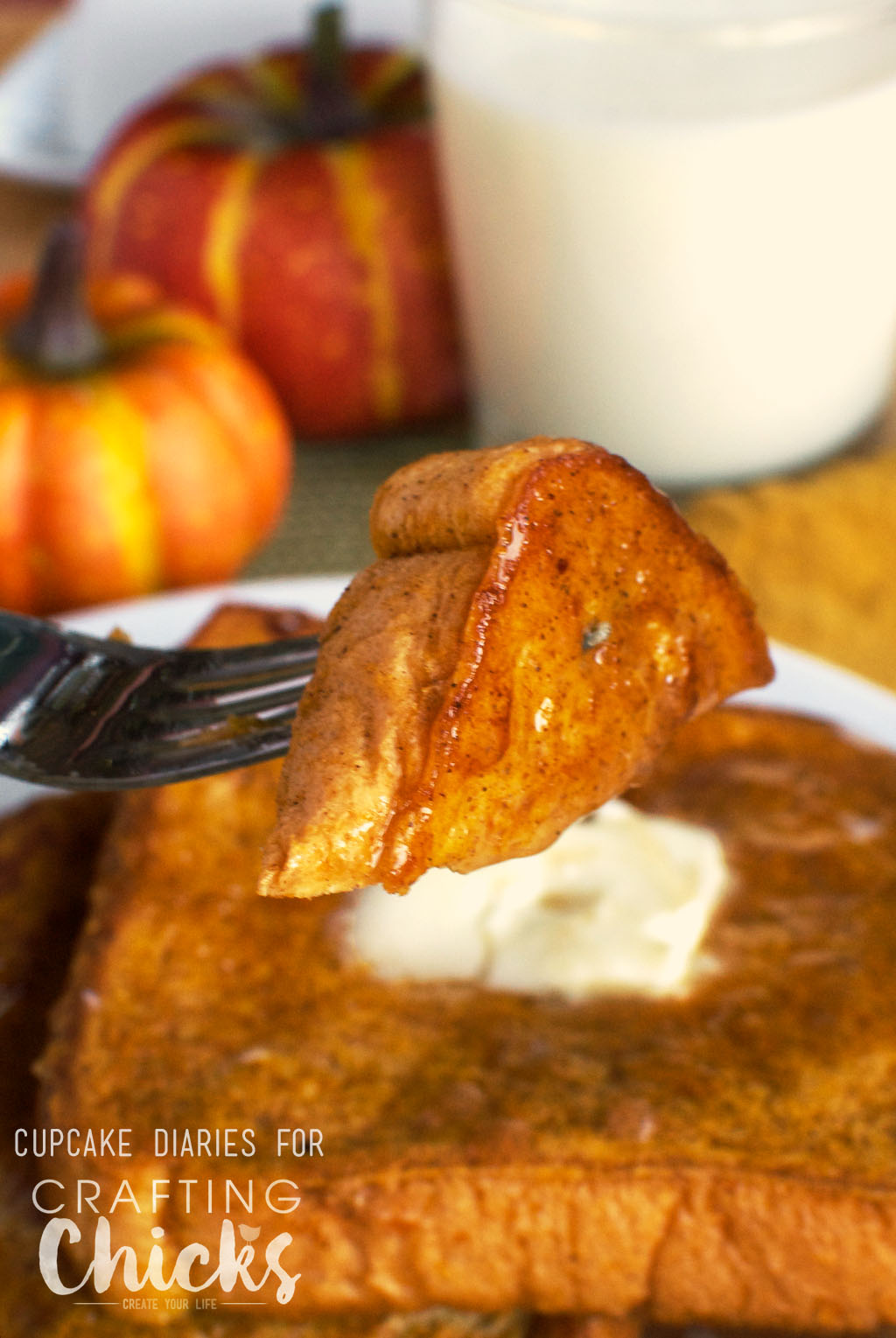 Here are some more breakfast ideas 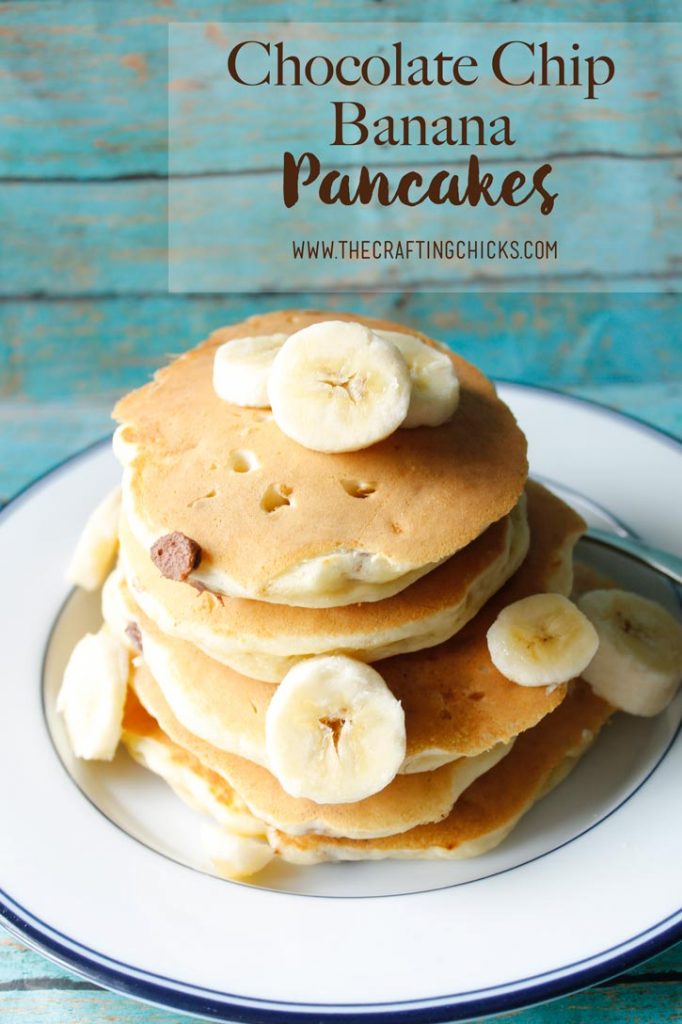 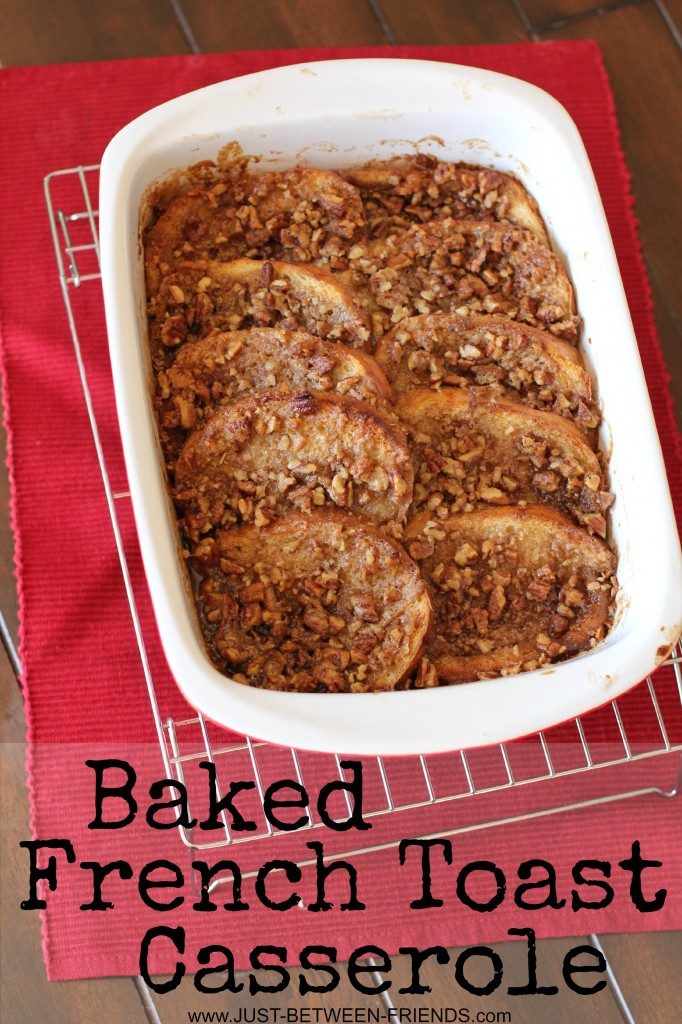 Alli is the food blogger and photographer at Cupcake Diaries. As a mom of three young boys, it is important that dinner is quick, easy, and family friendly. You will find just that when you visit her blog! From cupcakes to crock pots and everything in between. Alli is the author of the upcoming summer cookbook, "Sun and Sizzle."

We are a participant in the Amazon Services LLC Associates Program, an affiliate advertising program designed to provide a means for us to earn fees by linking to Amazon.com and affiliated sites.
176 shares