I remember the first time my little boys brought me some flowers (weeds) they had picked in the field next-door to our house. They were beautiful weeds and they was so proud of themselves. I remember thinking I have the sweetest kids in the world. I gave them the biggest hug, took the “flowers” inside and put them in a vase. We watered and took care of them until after a day or two they wilted and were thrown in the garbage. The next day, my boys came back with more flowers for me to put in a vase in the house. And the next day, and the next day, and the next day… They loved picking me flowers, but I soon grew tired of throwing away these weeds that were in my house dying, and also the little tiny bugs that they brought in with them. 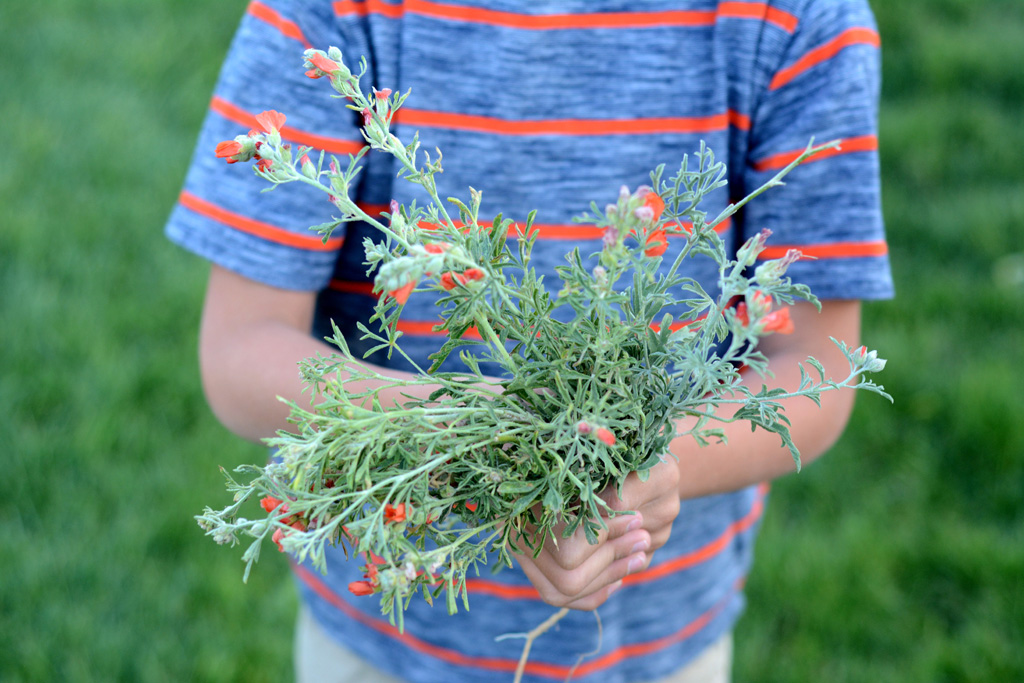 One day as my boys were approaching the back door with their handful of flowers I glanced down and noticed the empty flowerpot next to the steps. I asked them to plant those beautiful flowers they had so thoughtfully picked in the pot to make our yard prettier. From then on, every time they brought me flowers I gave them each a big hug, told them “thank you”, and then asked them to plant the flowers in the pot. They would pull out the old dead ones, and put in the new ones. My kids were so proud of the beautiful flowers they planted every day.
Well, as my kids grew a little older they discovered bugs. Soon they were not only collecting flowers/weeds, but jars of rolly pollies all day every day in the summer. I was always finding groups of dead roly-poly’s on my back patio, and had to think of a solution to their bug/weed loving problem. 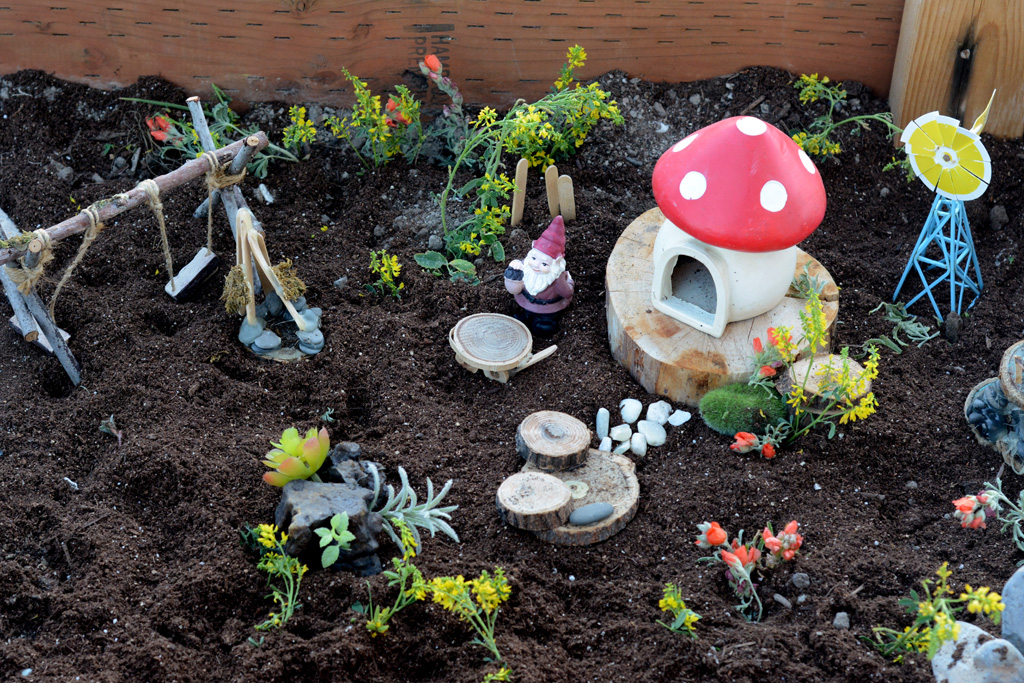 This spring I had the brilliant idea of putting in a bug garden. Like a fairy garden, but this is a special place for all the rolly pollies, spiders and other bugs that my kids collect outside. Now those little bugs don’t have to live in a plastic container with a few pieces of grass to munch on until they die. The sad life of the bugs in my backyard.

My husband built a garden box next to the sandbox and filled it with some soil. We went to Michael’s and found some fairy garden houses, furniture, swingsets and more. We also used some of the leprechaun houses that we made at our St. Patrick’s Day party. We got it all set up in the bug garden and found some bugs to put in there. The kids collected flowers that they found in the fields around our house, and now instead of planting them in the flower pot, they plant them in their bug garden to make it look beautiful and to give the bugs something to eat. 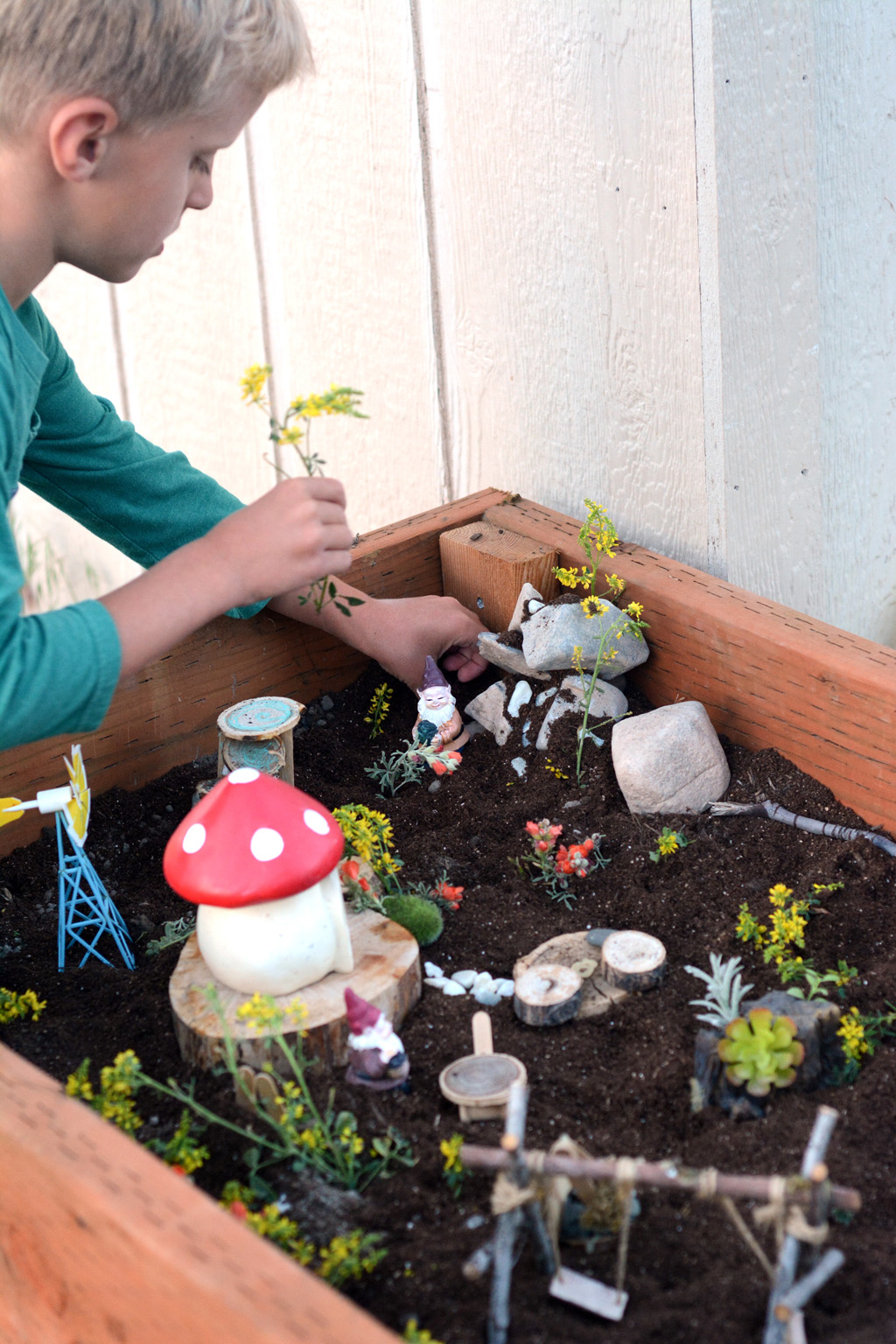 I can’t recommend this solution enough. If all those flowers and bugs they bring into your house is getting a little old, you will love having a special flower pot or bug garden to put them in. It is so much fun working out in the bug garden with my kids helping them rearrange things. Tossing out the old and worn out structures, then replacing them with new ones that we have crafted together. This little project has kept my kids busy all spring and they are not slowing down anytime soon. 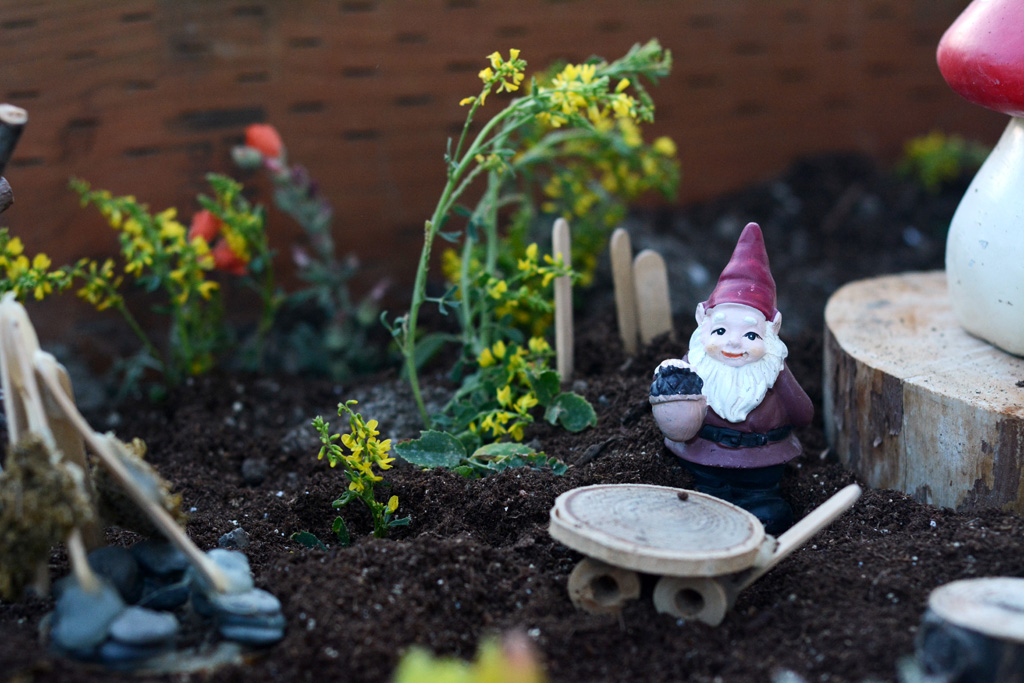 Check out more of our gardening posts here! 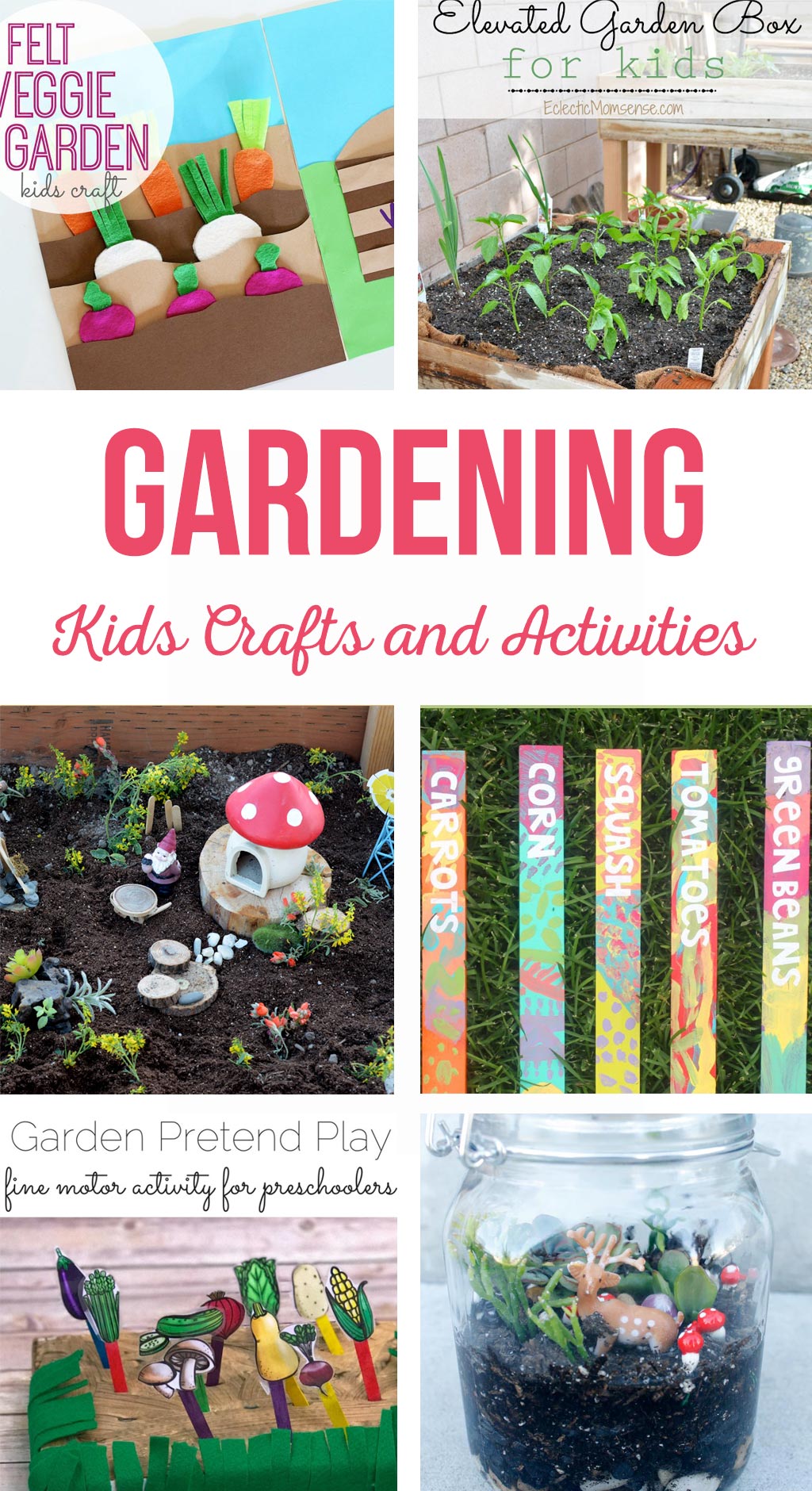 We are a participant in the Amazon Services LLC Associates Program, an affiliate advertising program designed to provide a means for us to earn fees by linking to Amazon.com and affiliated sites.
218 shares