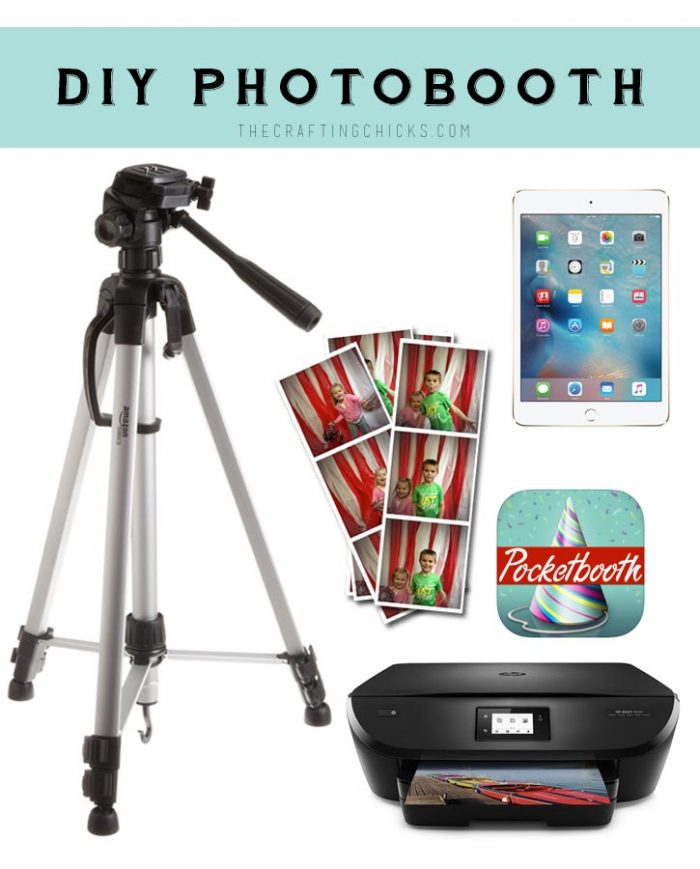 Photobooths are a really big deal right now, maybe they are a trend but I don’t see them leaving anytime soon!

Last week I was in charge of Red Ribbon Week at the school. We decided instead of spending money on little prizes for all the kids (think Smarties and glow sticks) like they had in the past, we would blow our budget on a photobooth. Turns out renting a photobooth for 2 hours cost more than we had in our budget! So I started researching how we could do it on our own, turns out it was really simple! I didn’t plan on doing a post, so I don’t have many photos of our set up, but I couldn’t believe how many time I’ve been asked how we did. So I’m thinking there are others out there interested in a DIY photobooth!

Because I already had some of the big ticket items we spent about $120 – including the printing of photos for 600 kids. Ready to see how it all works?

This is not a sponsored post, but I have included affiliate links for your convenience.

I know some of you are going to ask about other tablets, and I would assume there are similar apps available but I haven’t looked. 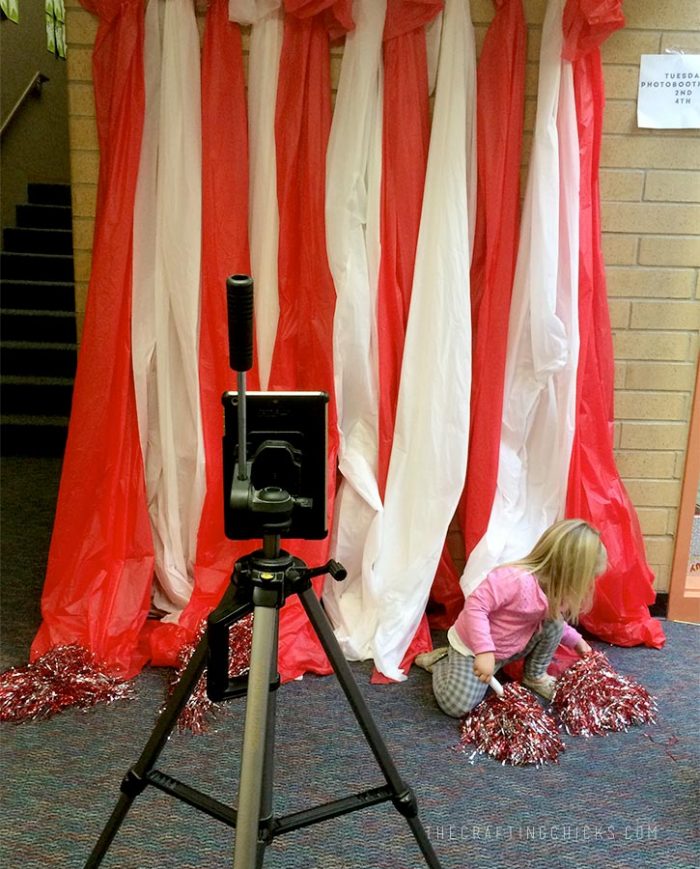 Here is the only photo I snapped of our setup at the school. We used red and white plastic tablecloths from the dollar store for our backdrop, but you can get fairly inexpensive photobackdrops off Amazon. You can see the tripod and iPad mini. The quick release feature of the tripod was great, because we had the photobooth going before school, during lunch and after school so I could quickly release it and take the iPad with me. 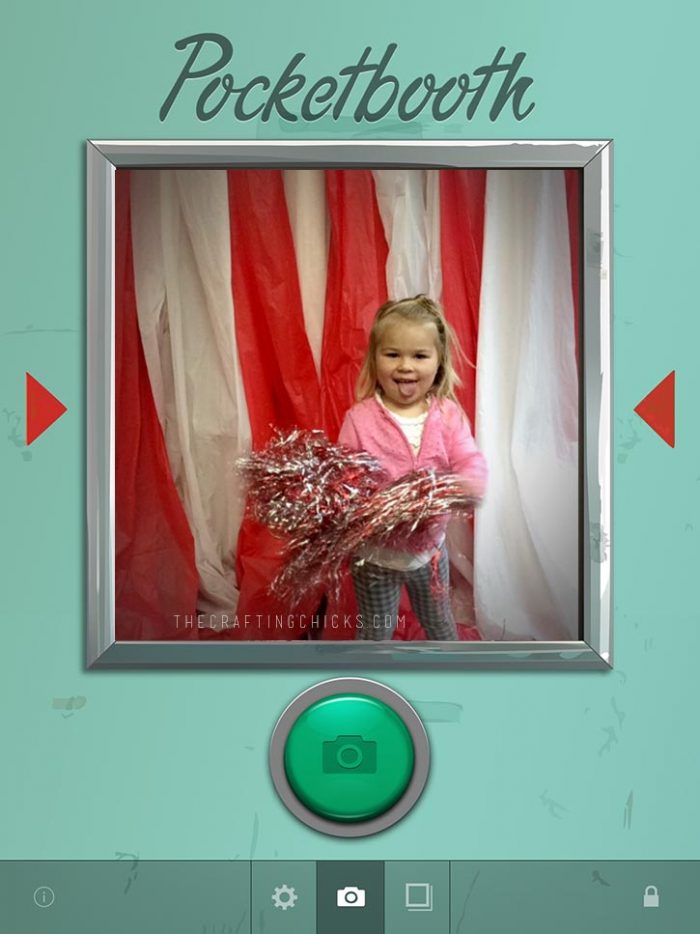 The Pocketbooth Party App is the main key that makes this whole setup work. It let’s the photo takers see themselves and automatically sends the photos to the printer. Making the whole photobooth experience very user friendly and automatic. It costs $39.99. There is also a $0.99 version called Pocketbooth, but after researching both it seemed that Pocketbooth Party would be better for the large group we were working with. 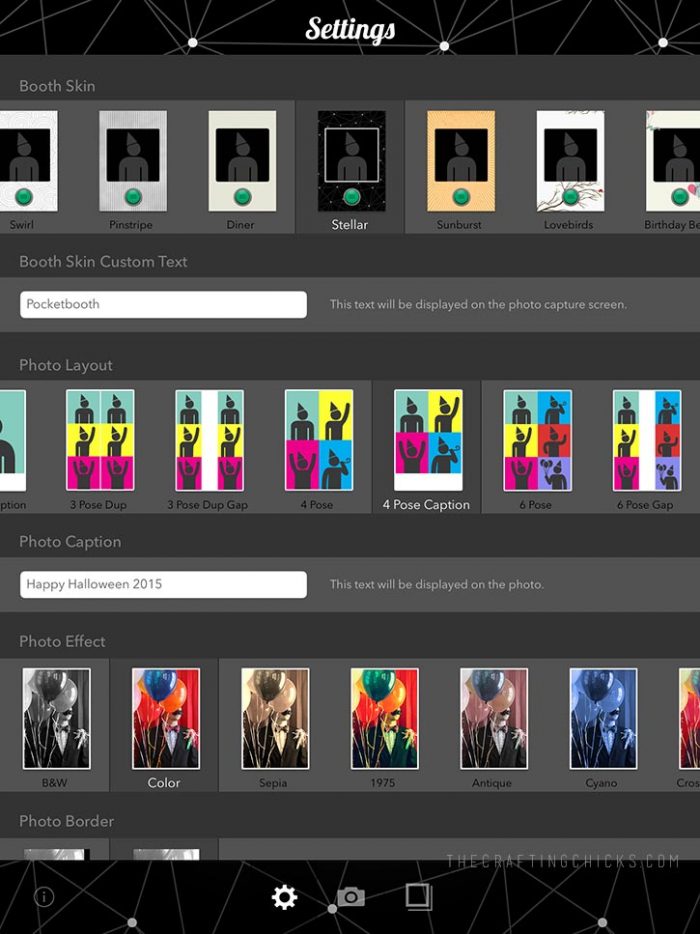 Pocketbooth Party gives you a lot of options, so you can find something that works perfect for your group. You can choose the number of poses, the arrangement on the sheet, if you want a caption and even different photo effects. It also let’s you choose if you want to save the photos, send them straight to the printer, or save and print them.

The app requires a wireless printer connected to the same network as the iPad to be able to print wirelessly. Which sounds more complicated than it really is.

I already had the wireless HP Envy printer so as soon as the kids were done with their poses the printer would automatically start printing. It prints on 4×6 photo paper. At the school we had it take 6 different poses so we cut them apart so everyone kid was able to have a photo. Some of the kids complained that it took so long to print, and I would laugh because obviously they don’t remember the photobooths that had to develop the film before you could get your pictures!

It doesn’t matter which model of iPad you use or if you use a full size or iPad mini, but be aware that the app uses the front camera which is much better in newer iPads than older. 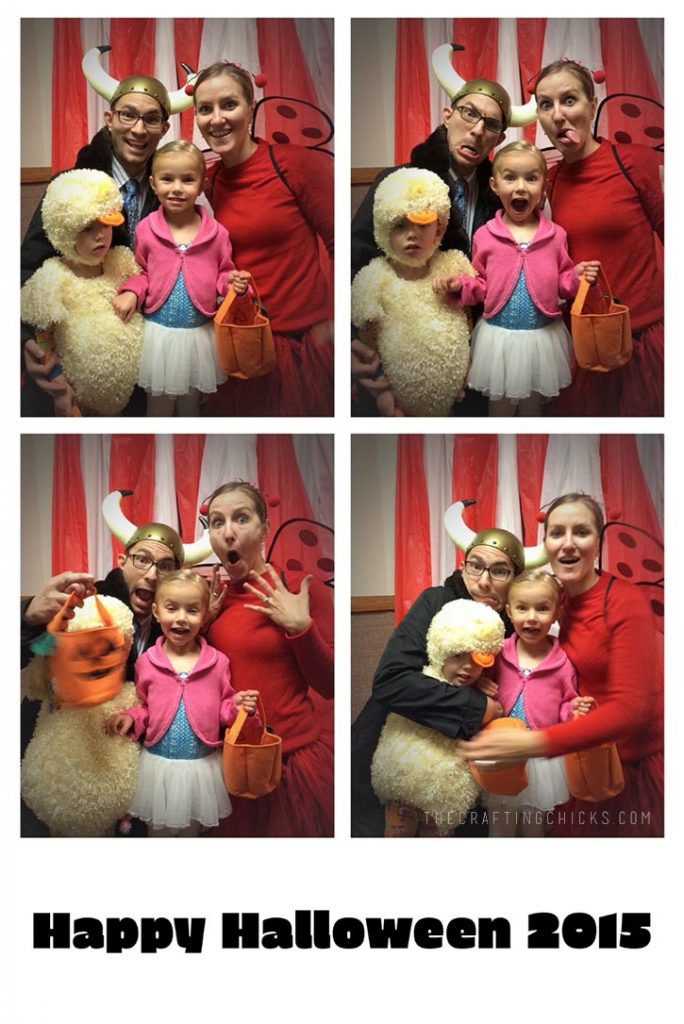 The setup worked so well I moved it to the church for our congregations Halloween Carnival later in the week. 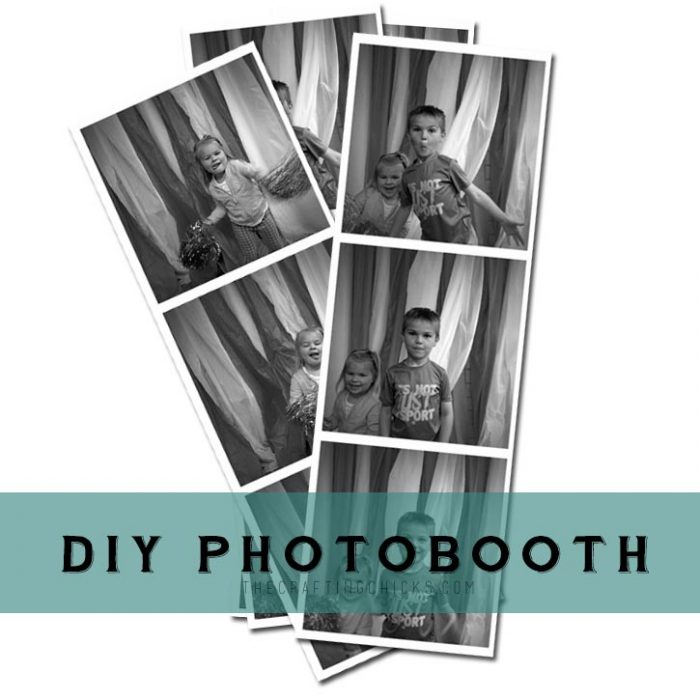 We are a participant in the Amazon Services LLC Associates Program, an affiliate advertising program designed to provide a means for us to earn fees by linking to Amazon.com and affiliated sites.
This website uses cookies to improve your experience. We'll assume you're ok with this, but you can opt-out if you wish.Accept Read More
Privacy & Cookies Policy
Necessary Always Enabled
577shares