This patriotic firework bar is so simple it can be made last minute. A trip to the store for some fireworks, some serving dishes from home and you’re done. 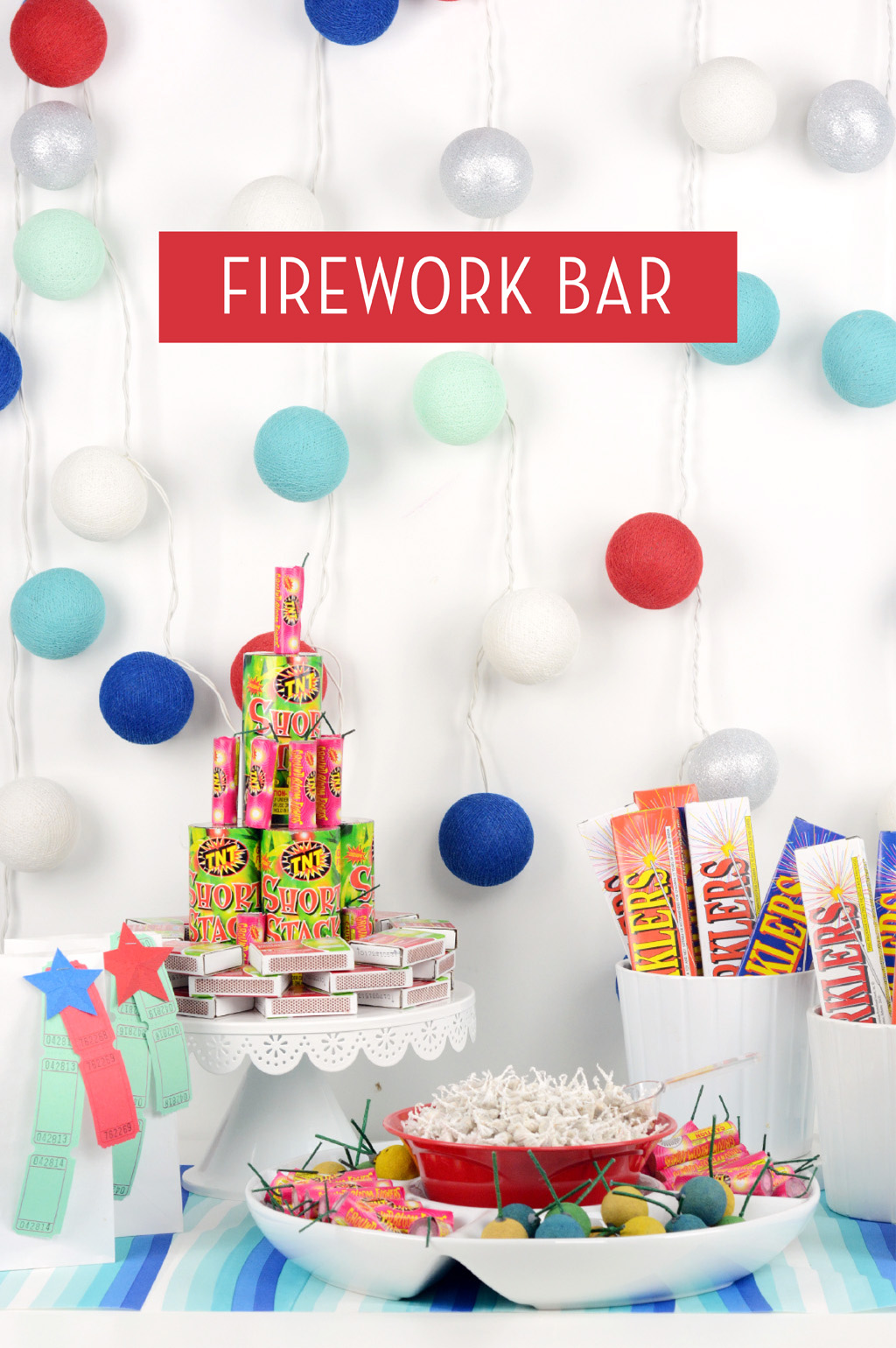 The look on my kids faces when they saw rows and rows of fireworks was like seeing a kid in a candy store. Our afternoon outing to buy fireworks sparked an idea and I had to run with it. Without telling my kids what the plan was, I bought a whole bunch of fireworks and took them home with us.

When I revealed the fireworks bar to my kids they were ecstatic. They couldn’t believe that I was just letting them fill bags of fireworks. They all felt so grown up. I’ll be honest though, that excitement was a bit deflated when I broke the news to them they couldn’t light the fireworks because they weren’t old enough. Did they really think I would let them loose with a bag full of fireworks and matches at only 3 and 5 years old? We like to have fun, but I’m still a little responsible. Haha!
Those scoops of snaps kept them entertained while they waited for their sparklers to be lit and watch dad light the other fireworks. And, can I just tell you the best part of having little kids at the 4th of July is that they are thrilled with even the smallest fireworks. I gave them a table full of cheap fireworks to choose from and they were delighted! 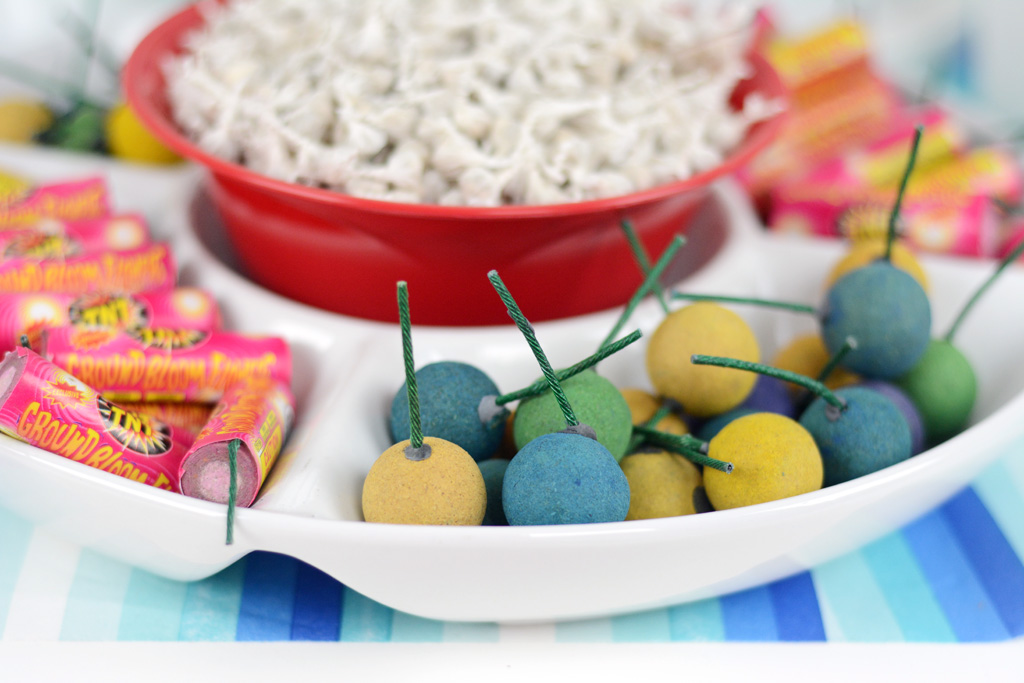 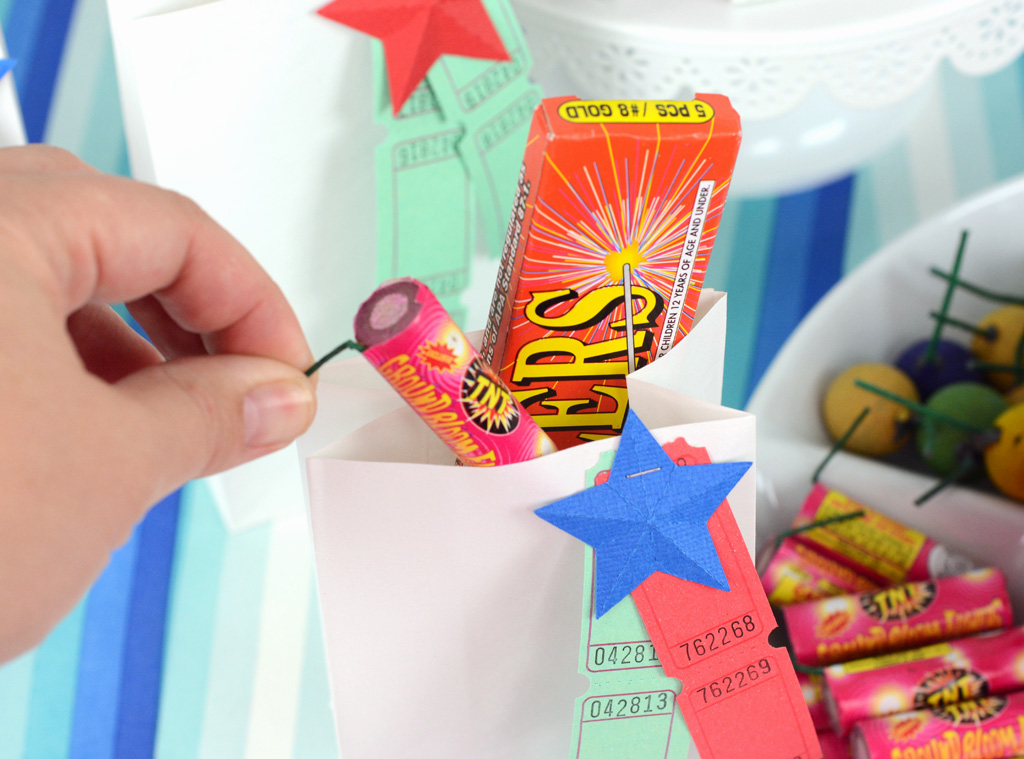 How to Make a Firework Bar 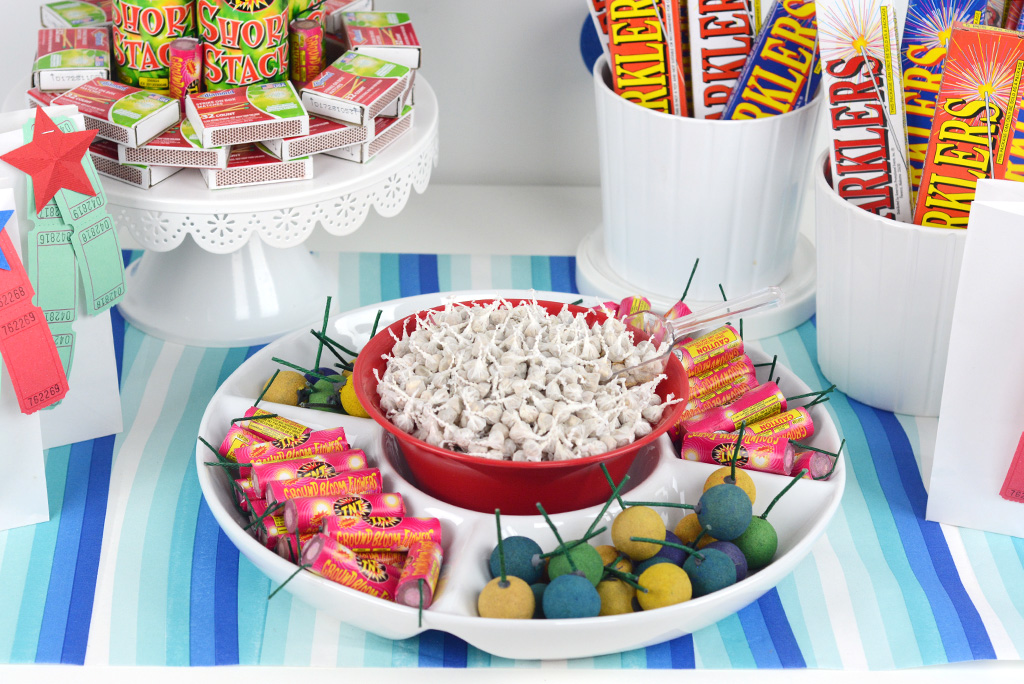 To make the firework bar I gathered some dishes, cake platters, flowerpots and any other containers that would work well for holding different size fireworks. I then opened all the bags of fireworks and arranged them into the different containers. The little snaps took the longest, but I paid my kids like a dollar to separate them from the sawdust so that they would look nicer in the bowl. Haha! I’m sure they look at me and think I’m crazy, but it looks so much prettier this way. Plus it kept them busy while I set up the rest of the stand. It was fun stacking the match boxes and fireworks on the cake stand to design a firework cake. I was wishing I bought more fireworks to I could keep creating more cake tiers and other arrangements on the table. 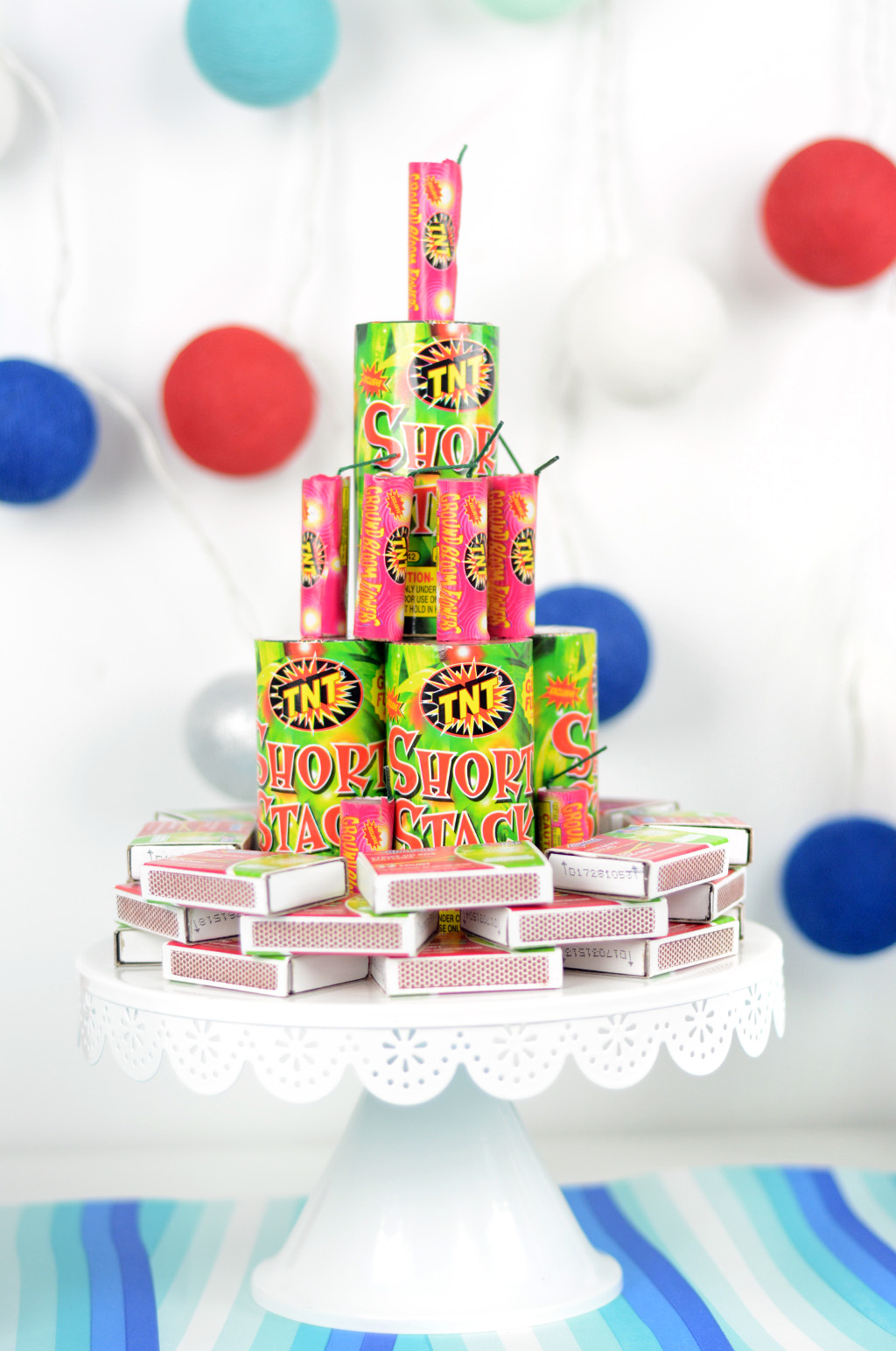 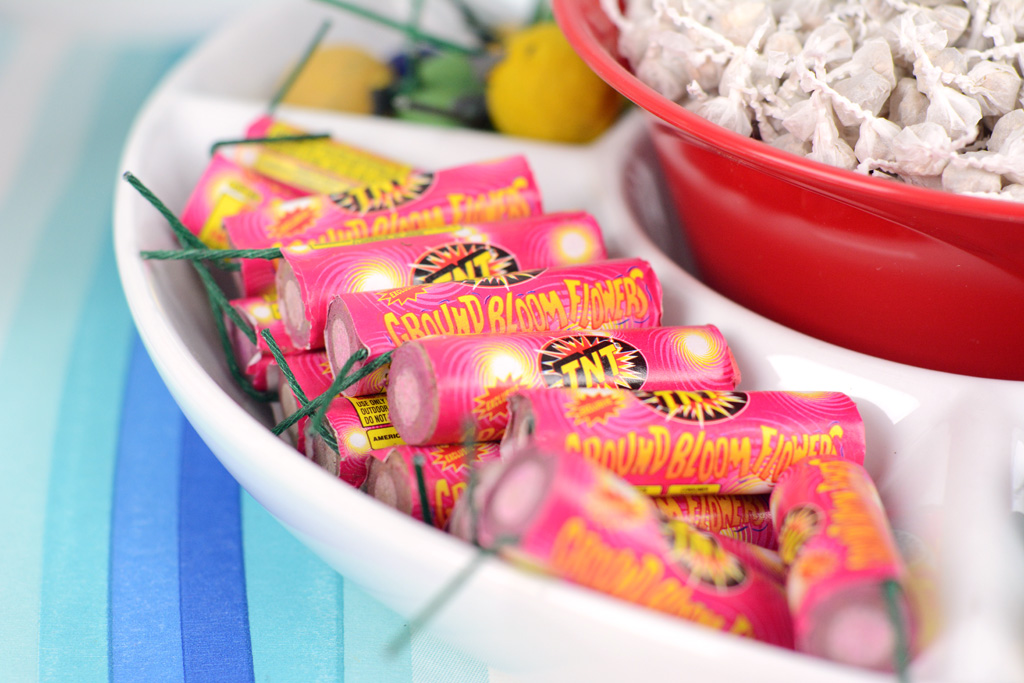 I decorated some small white bags with red and blue tickets and then stapled some stars to the top of the bag. Each kid gathered all the fireworks that they wanted to use in their little bag. This is going to be an even better party when they are all old enough to light the fireworks themselves. Although, now that I think of it, that’s sounds slightly terrifying. 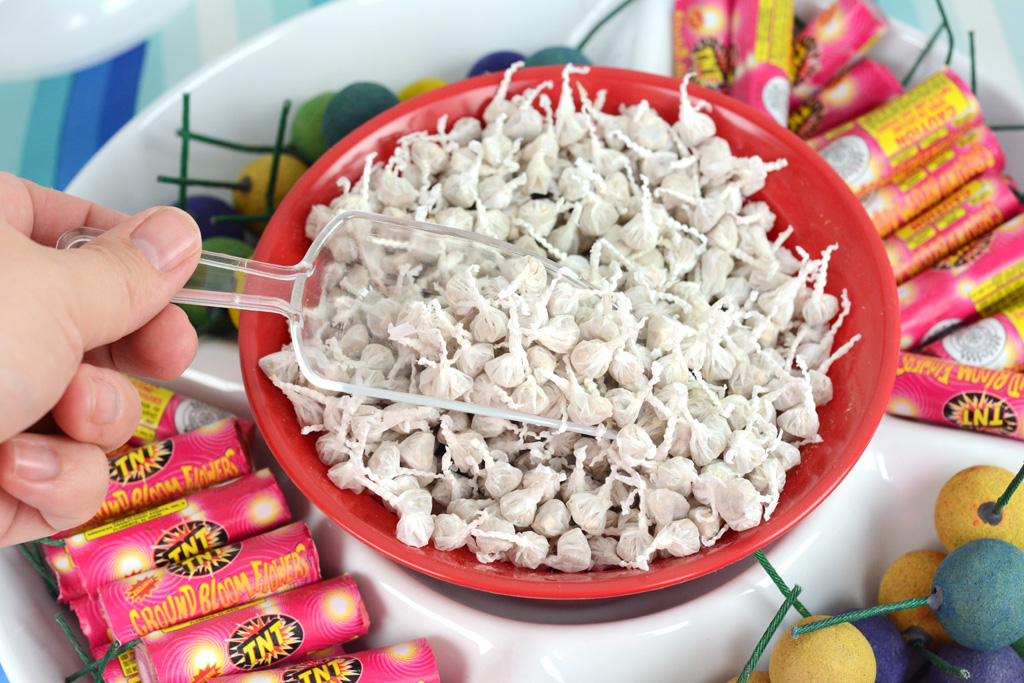 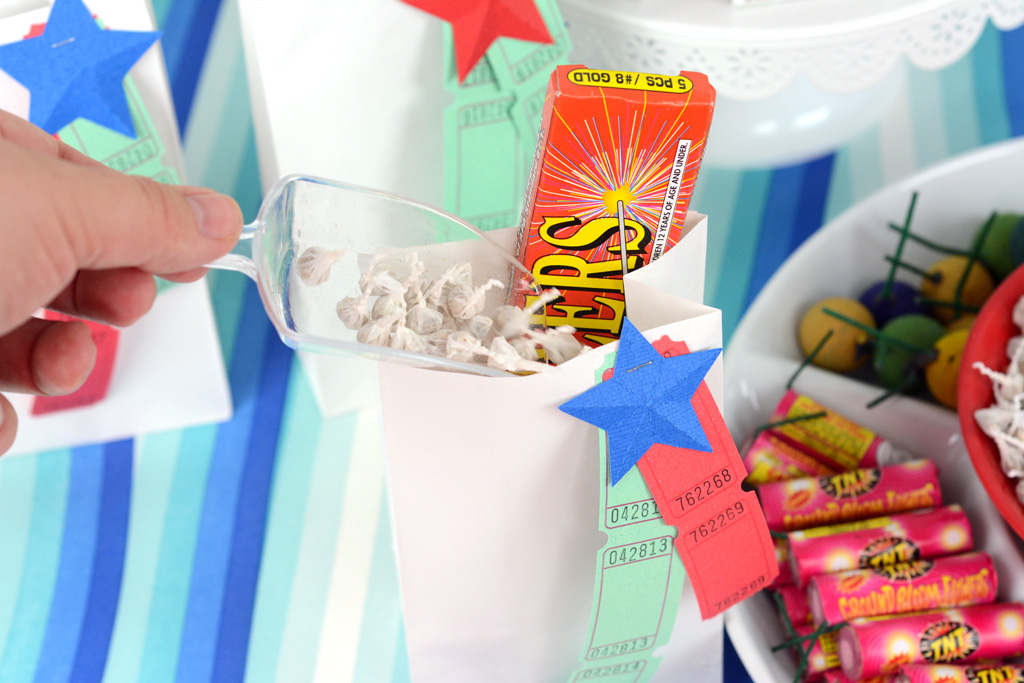 There is so little prep that goes into the firework bar, that it can totally be done last minute. Grab a few of your dishes, swing by the store for some fireworks and that’s it. It really doesn’t get much easier than this. This will be a new tradition for us with the fireworks getting a little bigger and more exciting as my kids grow. Have a wonderful 4th of July! 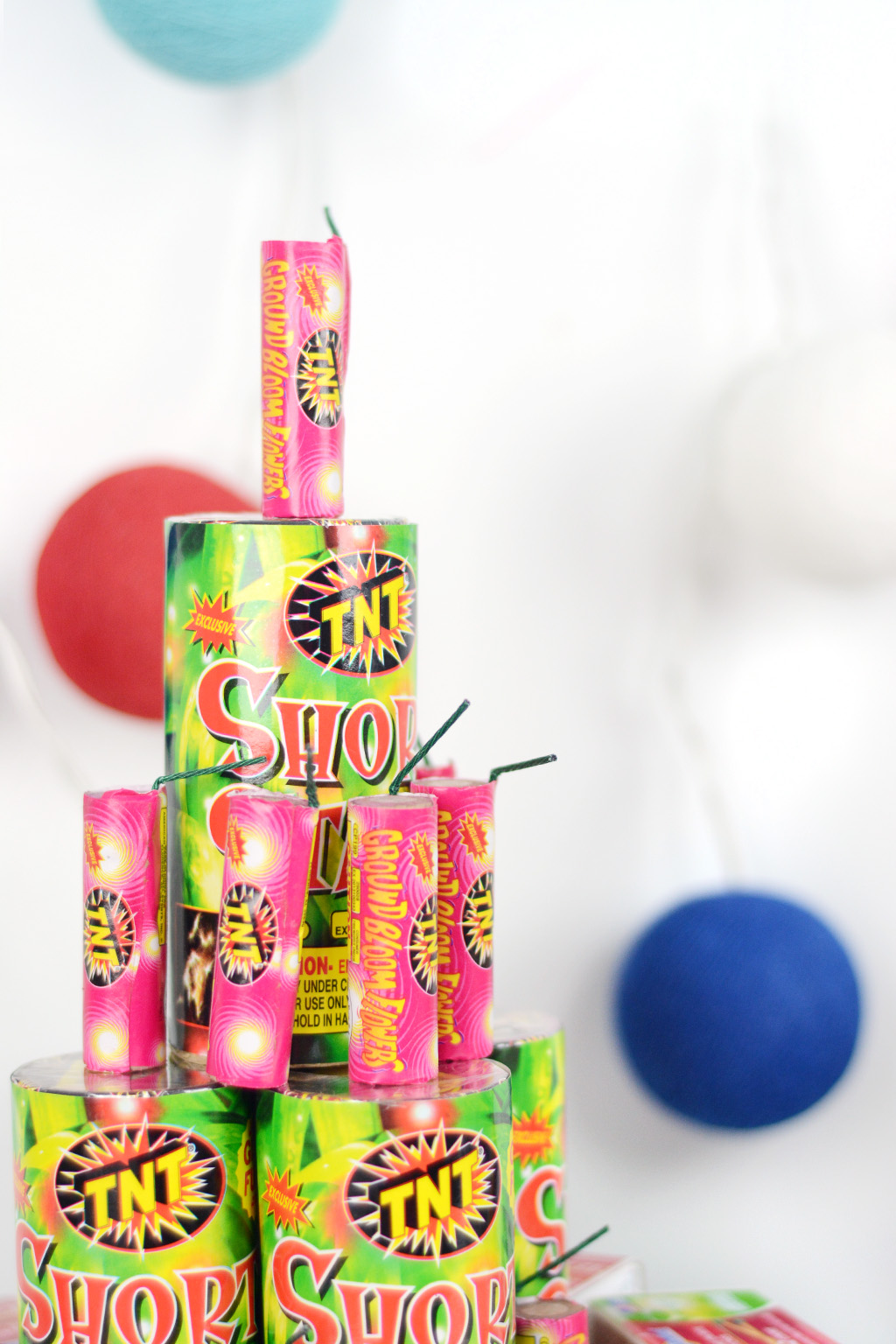 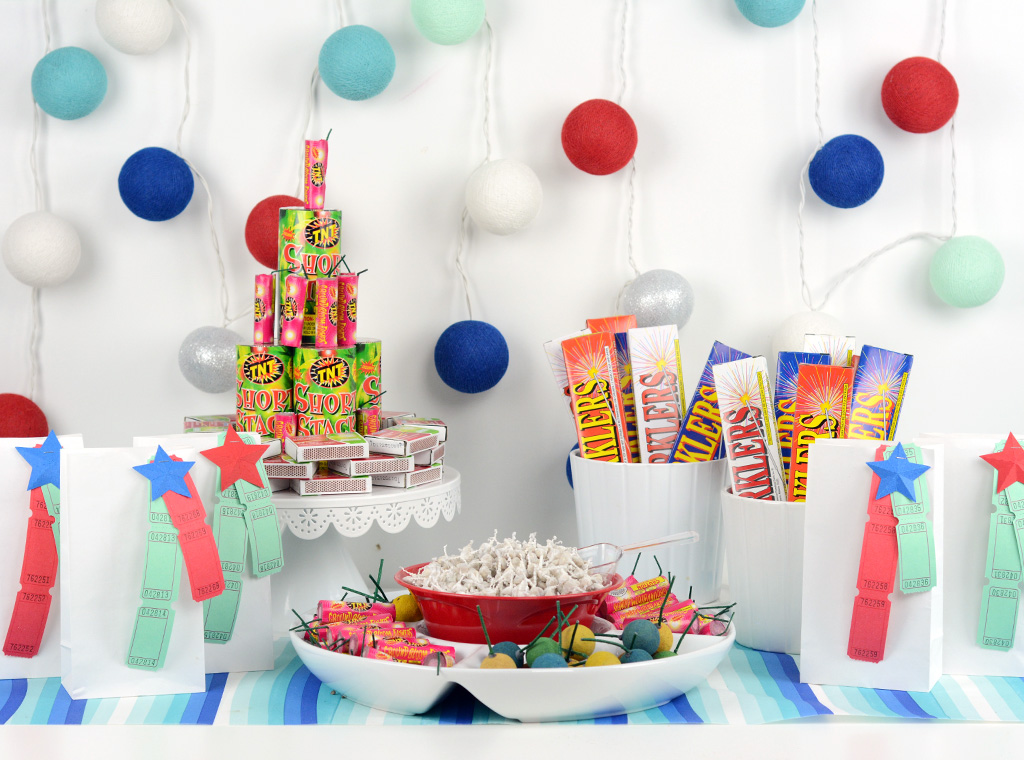 For more 4th of July Activities check out:

4th of July I Spy 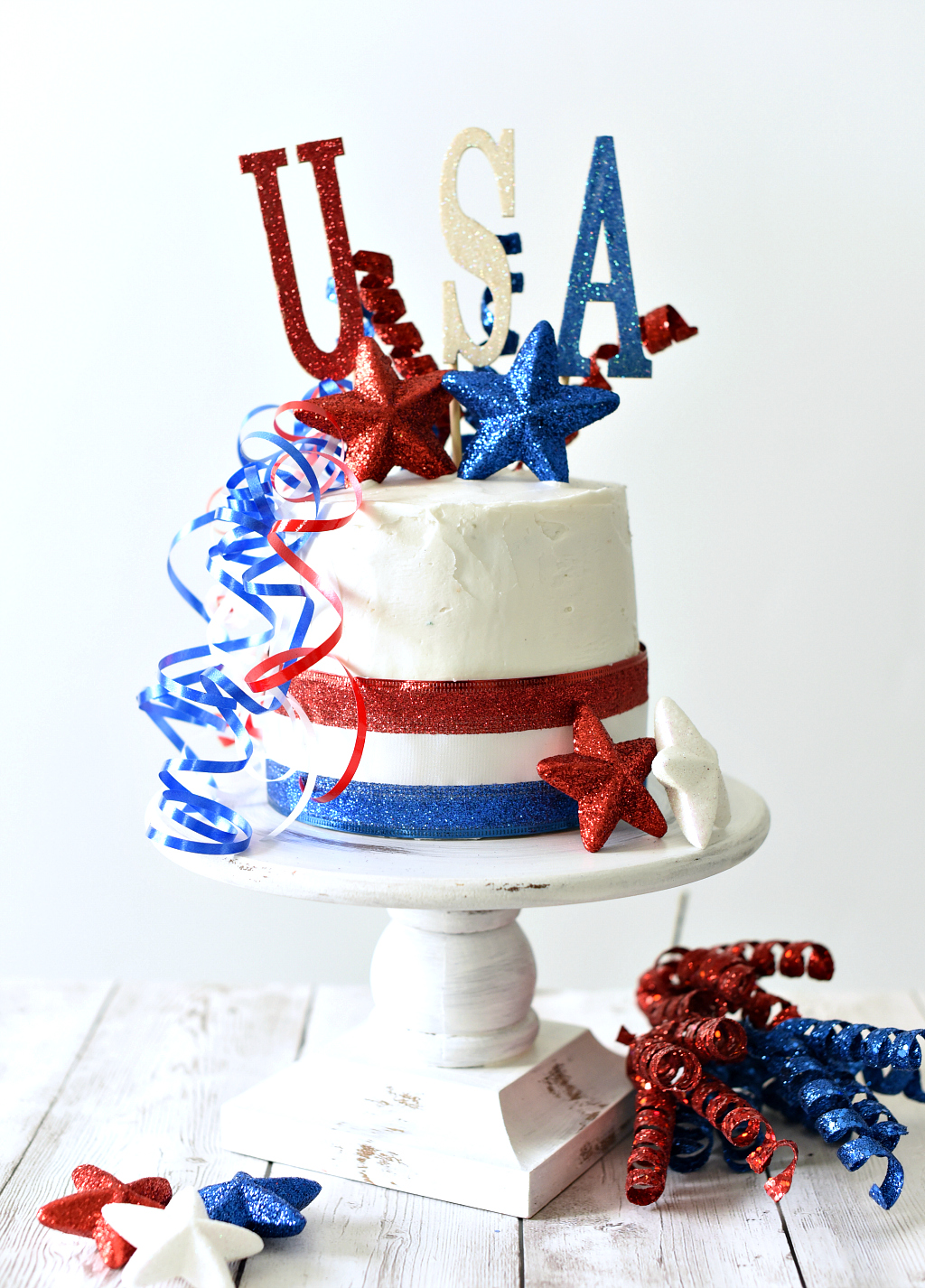 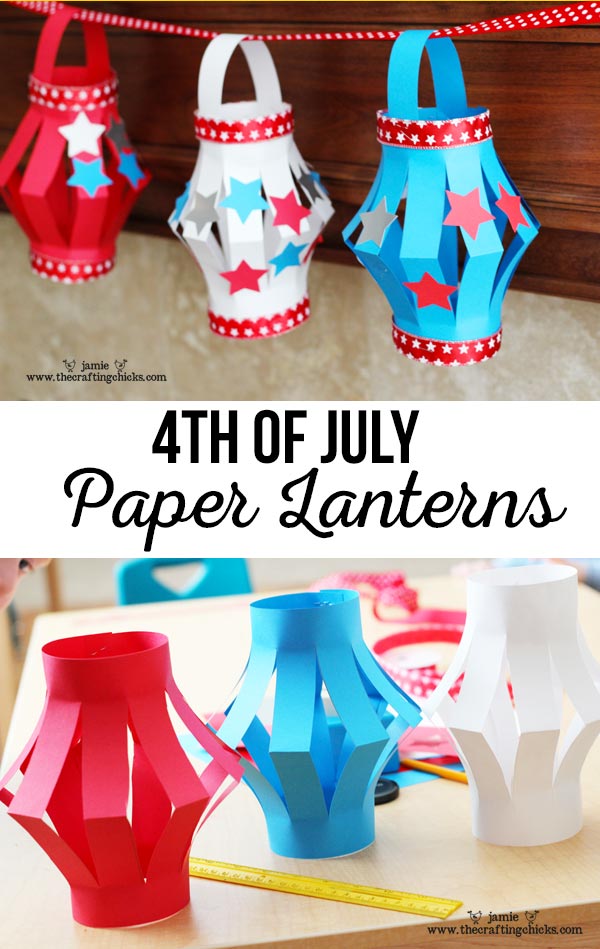 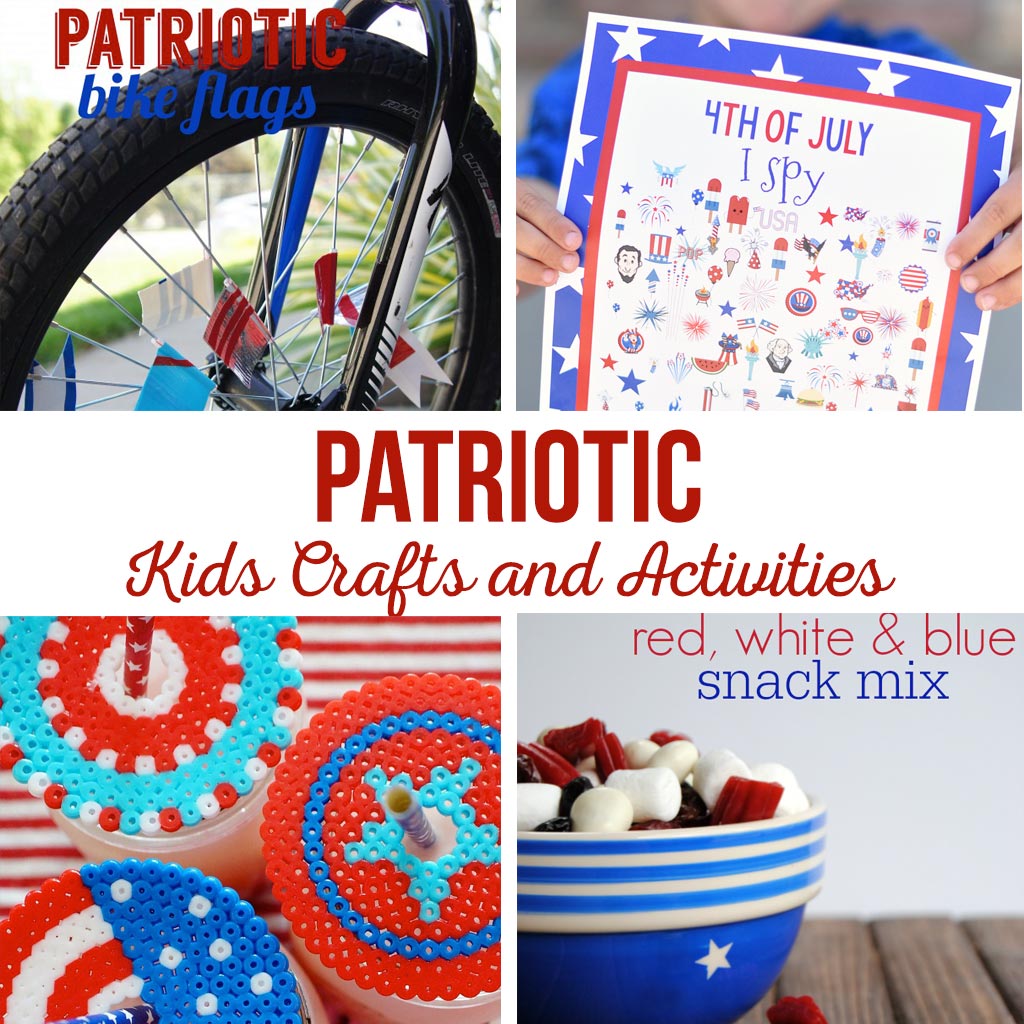 We are a participant in the Amazon Services LLC Associates Program, an affiliate advertising program designed to provide a means for us to earn fees by linking to Amazon.com and affiliated sites.
2 shares