Hey Everyone, it’s Kimberly with Get Away Today here to share some tips about one of my favorite times of the year and one of my favorite places. Disneyland during Christmas is one of the most magical experiences you’ll ever have. But, it can also get a little crazy if you’re not prepared. I’ve put together a guide of what to expect at Disneyland during Christmas along with some tips. 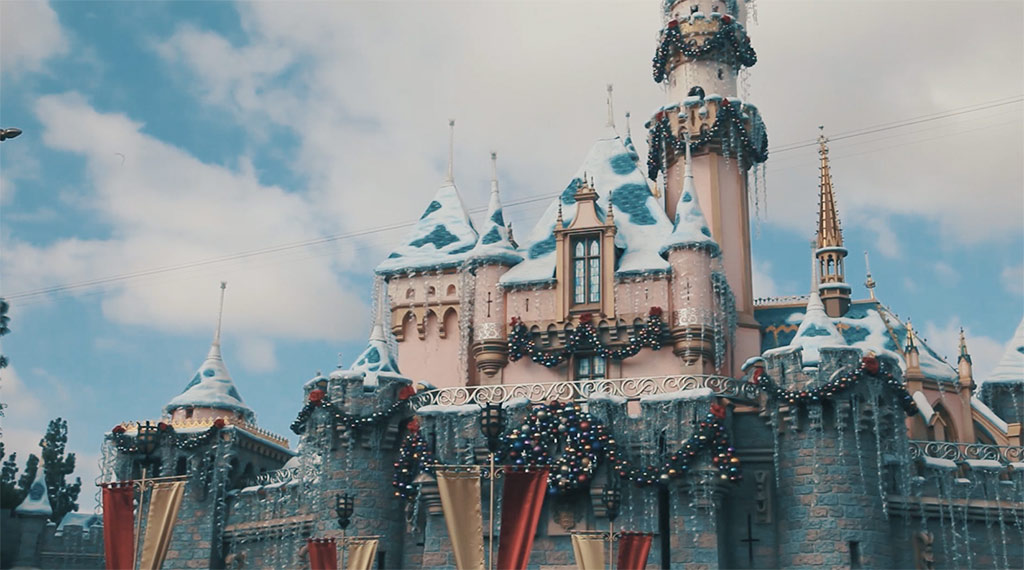 First things first, you’ll want to decide when to go. If you want to avoid crowds, your best bet is during November right when the holidays kick off, or in early December. If you’re going over the actual holidays Disneyland during Christmas, Thanksgiving and New Year, are actually quite busy. In fact, the week between Christmas and New Year’s Day is normally the busiest of the year. You can look at that two ways. First, if you really want to avoid crowds, it’s not your best time to go. However, there’s a reason why everyone wants to be there. It. Is. Magical.

Disneyland during Christmas is unlike any other time of year. The entire resort is completely decked out for the season. You’ll find decor throughout the theme parks, Downtown Disney and all three Disney hotels. You’ll find extra holiday entertainment, holiday overlays on certain attractions, seasonal menu items and merchandise, and so much more. Here are just some of the standouts for Disneyland during Christmas:

But again, there is so much more to Disneyland during Christmas!

If you plan on going to Disneyland during the actual Christmas break, and specifically on Christmas Eve, Christmas Day, or any other holiday, you’ll want to get to the park as early as possible. And if you have Magic Morning, even better. Occasionally the parks can hit capacity, and there’s nothing worse than being turned away from Disneyland! You’ll also want to make your restaurant reservations ahead of time. Reservations can be make 60 days in advance, and they do fill up. I always recommend booking them as close to that 60 day window as possible. 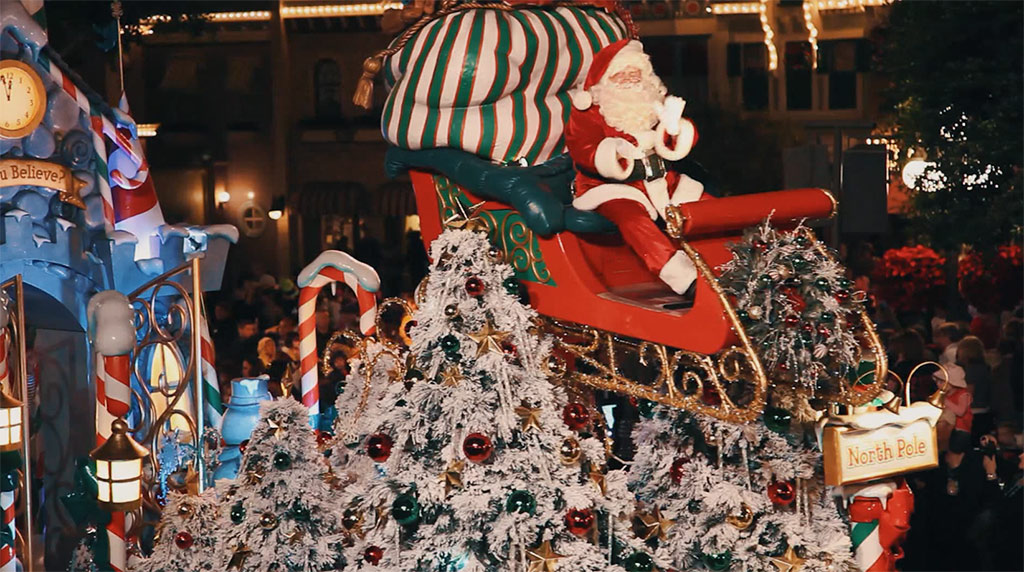 Another thing to remember if you’re going to Disneyland during Christmas is that just because it’s busy, doesn’t mean you can’t get a lot done. Be sure to always have an active Fastpass for everyone in your family. Use the rider switch option if you have smaller kids who can’t ride some of the bigger rides. Or, if your kids are older, take advantage of the single rider option for rides that have longer waits.

Also, don’t miss the shows! The shows are great because they hold a lot of people, and well, they’re Disney shows! My favorite show is Frozen – Live at the Hyperion over in Disney California Adventure Park. The show opened earlier this summer, but really is perfect for the holidays with its snowy special effects. You can get a Fastpass for Frozen and it won’t count as one of your allotted Fastpass tickets for the day. You’ll want to get one first thing in the morning, either before or after you get a Fastpass for the holiday World of Color. Your World of Color Fastpass doesn’t count as a Fastpass ticket either, so get your show tickets early! Mickey and the Magical Map, Turtle Talk with Crush, and the two rotating shows at the Royal Theatre in Fantasyland are also great options. 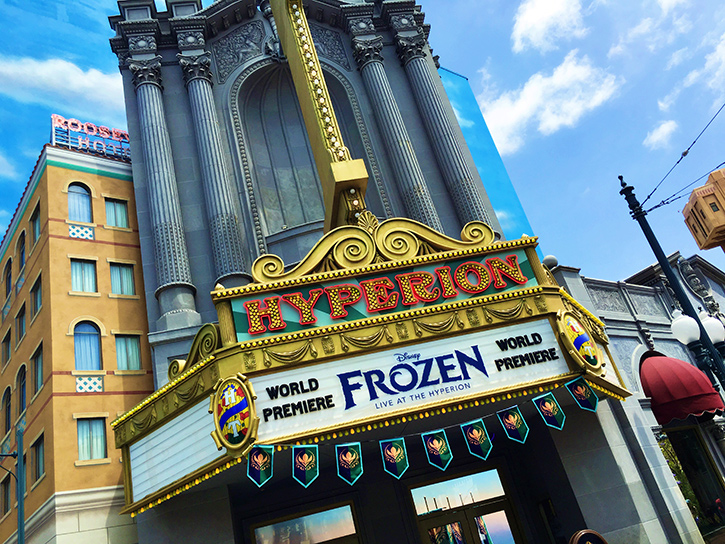 Some of the most magical aspects of Disneyland during Christmas are the seasonal entertainment options. You’ll most likely have to get to your spot early for the best viewing, but it will be worth it. The Christmas parade is so much fun and the fireworks end in snowfall over Main Street U.S.A.. There’s nothing else like it. 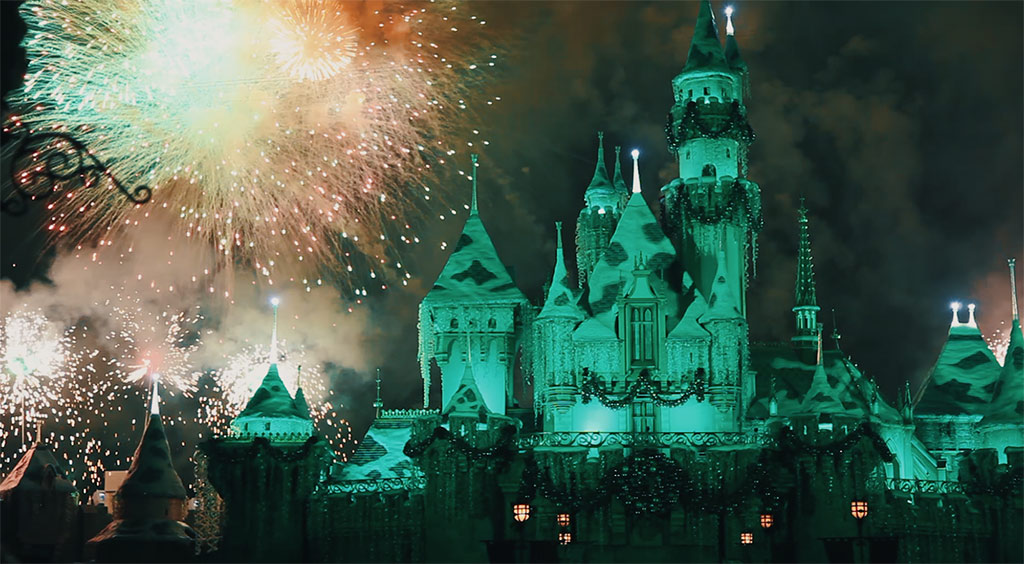 If you are thinking of visiting Disneyland during Christmas, I highly recommend it. If you want personal assistance, call our agents at Get Away Today at 855-GET-AWAY. They have all been to the parks multiple times and can help you plan the perfect holiday vacation. You can view all of our discount Disneyland packages at getawaytoday.com. Use promo code: CraftingChicks to save an extra $10 off any 2-night or longer Disneyland vacation package.