I’m excited to be part of Ocean Week and am excited to share this fun little project that is part craft, part science! It goes along with a cute little book called Paul Meets Bernadette by Rosy Lamb. 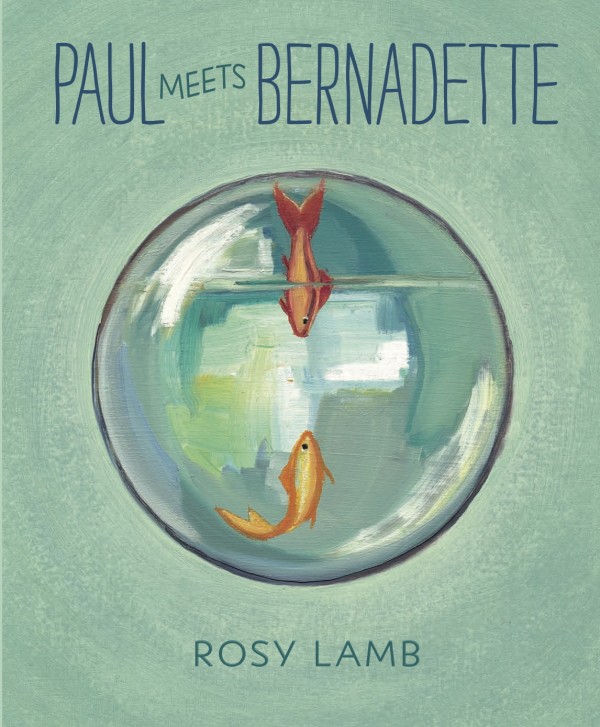 Paul is a fish that swims in circles all day, everyday. That is until Bernadette “drops” in. Bernadette shows Pauls a colorful world he has never noticed before.

Like Paul, this project goes around in circles. We’re going to make a fish bowl spinner. 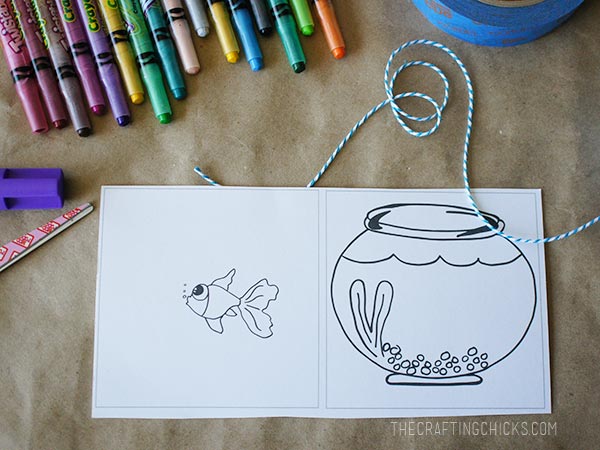 Second, color the fish and bowl. Don’t color the water, you’ll want to leave it white to work correctly. But you can color the seaweed and rocks. 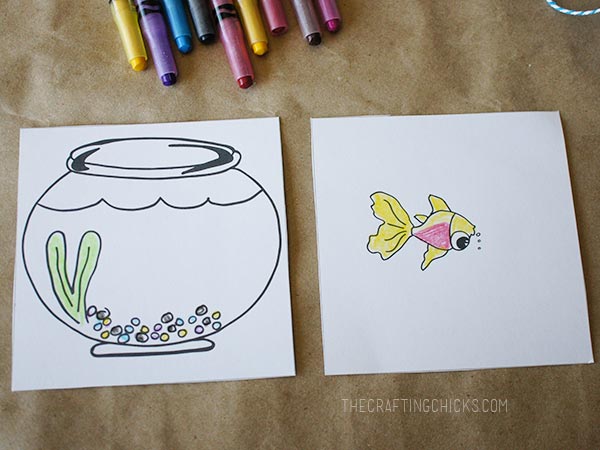 Third, turn the bowl and fish in opposite directions. On the back of the bowl, tape 2 pieces of string that are a couple feet long each. 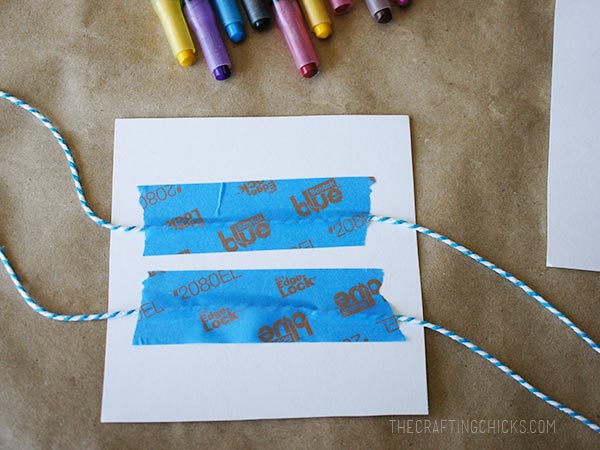 With the gluestick, glue the fish card on top of the strings. Remember to have them going in opposite directions. Wait a few minutes for the glue to dry.

Then hold the strings and twist the fish cards up. Once they are tight, let go and as they spin it will look like the fish is actually in the bowl! This is called merging pictures and is caused because your eyes store a picture of whatever you see for a few seconds after you’ve seen it. The pictures on the spinner are moving so fast that your eyes can see both at once, and your brain merges them to make one picture.

We are a participant in the Amazon Services LLC Associates Program, an affiliate advertising program designed to provide a means for us to earn fees by linking to Amazon.com and affiliated sites.
22 shares