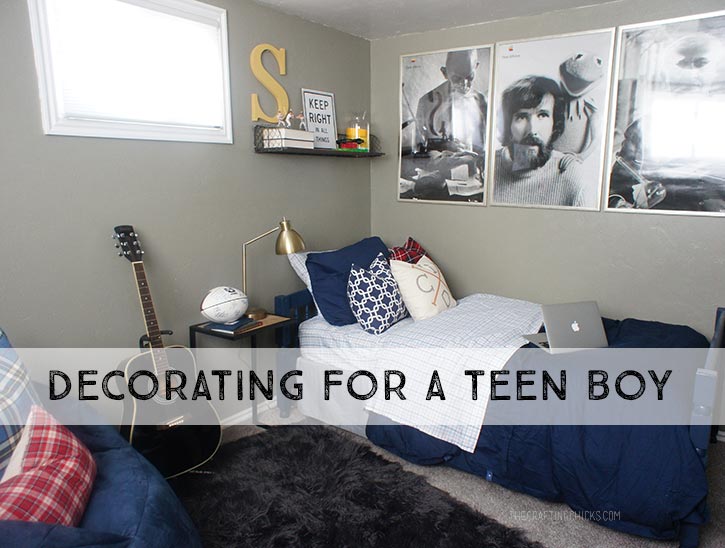 Boys are interesting creatures. They don’t really care about decorations, and at the same time they have a lot of opinions about what’s going in their room! And finding decorations isn’t easy. Go ahead, search pinterest for a ‘teen boy bedroom’ and you’ll find there aren’t a lot of options. There are a lot of stereotypes of what boys are, but what do you do when your teenager isn’t really a football star and comics aren’t his thing? I’m going to share how we decorated for a guy who is kinda geeky and kinda still figuring out what he likes.

The apple must not have fallen far from the tree (no pun intended), because these vintage Apple posters once hung in my husband’s bedroom. We dug them out from under the bunkbed in my husband’s old room, dusted them off, and framed them. Ghandi, Jim Henson, and Thomas Edison are great role models for a kid finding his way in the world. And I’d much rather have his walls filled with them than other posters, if you know what I mean. 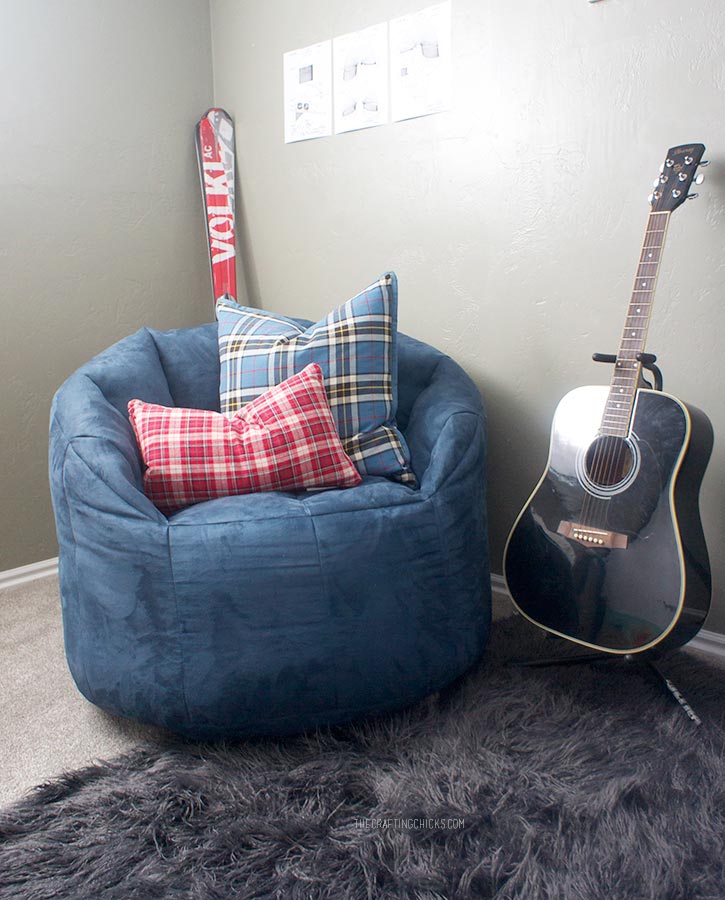 I think all bedrooms should have a chair. This Cushy Club Chair may be the favorite spot in the house. It’s perfect for chilling in. Above the chair we hung the schematic drawings for the slinky patent. Again a little geeky, but still fun. 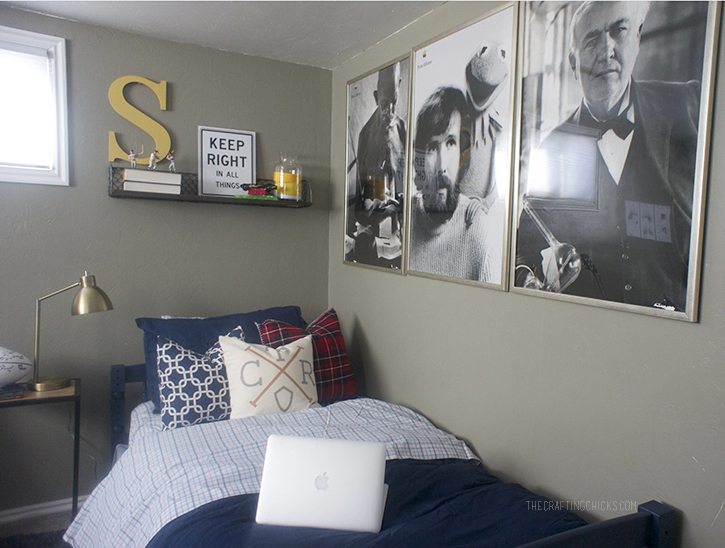 Over the years I’ve learned that the less flat surfaces my oldest son has the better. He is limited to this shelf and the side table. It’s enough space to set the book he is reading and his glasses for the night, but not enough space to collect too much stuff. All of his clothes are in the closet, so we don’t have to deal with a dresser or even a desk collecting stuff. On the shelf we have his karate belts in the glass jar, baseball figurines and his favorite pinewood derby car. 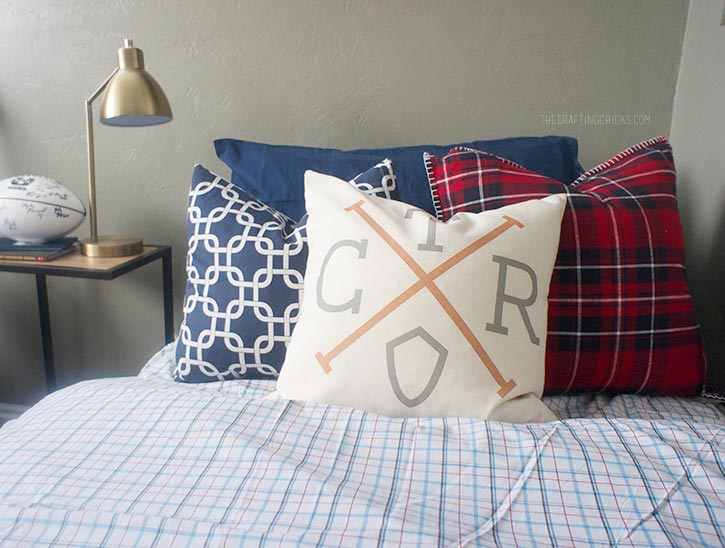 I love the details on this duvet. I could’ve gone with a plain duvet, but think the pocket and rivet adds another dimension to the bed. 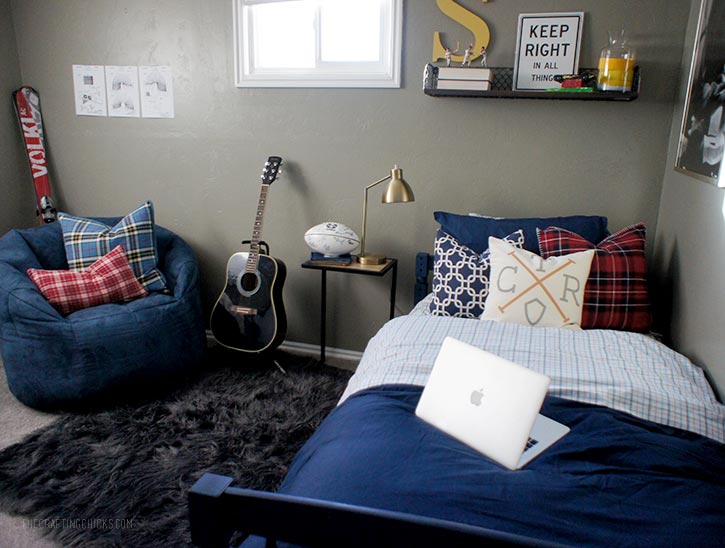 I sure hope he won’t mind his mom hanging out down here, because I really like how it turned out.

We are a participant in the Amazon Services LLC Associates Program, an affiliate advertising program designed to provide a means for us to earn fees by linking to Amazon.com and affiliated sites.
1975 shares